An International and Intensive Program on Buddhism at UBC: Lecture Series

Click here to return to the main intensive program page.

The occasional lecture series will be presented by highly recognized scholars.

1. A Tale of Buddhist Philosophical Text: The Critical Reception of the Ming Commentaries on Dignāga’s Ālamabanaparīkṣā in Tokugawa Japan

Abstract: Inspired by Chinese Buddhist scholar-monks’ interest in Dignāga’s Investigation of the Percept (Ālamabanaparīkṣa) during the sixteenth and seventeenth centuries, Japanese scholar-monks also composed several commentaries on this epistemological treatise during the Tokugawa era. Unfortunately, these Japanese commentaries are preserved only in manuscript form and have not received the attention of modern scholars. Aiming to complete the historical picture of the reception of Dignāga’s Ālamabanaparīkṣa in early modern East Asian Buddhism, this presentation focuses on Kiben’s 基辨 (1718-1791) and Kaidō’s 快道 (1751-1810) commentaries to examine their analysis of Dignāga’s syllogism. According Kuiji 窺基 (632-682), Dignāga composed the first three verses of Ālamabanaparīkṣa in the form of syllogism to refute the various realist theories of atom (paramāṇu). Unfortunately, most of Kuiji’s and his contemporary scholars’ commentaries were lost in China and therefore not available to the Ming scholars. On the contrary, Xuanzang’s Yogācāra heritage remained unbroken in Tokugawa Japan. Not surprisingly, both Kiben and Kaidō criticized the Ming Chinese commentaries for failing to properly understand the text and its logical arguments. This study concludes that both Kiben’s and Kaidō’s works can be taken as a domestic clue to explain why European critical Buddhist scholarship had firmly taken root in the Meiji era without much resistance.

Abstract: Kuiji can be regarded as the most prolific commentary-author throughout the history of Chinese Buddhism and the successor of Xuanzang’s legacy. This talk will showcase the strategy and method that Kuiji employed in his exegeses and discuss some of the dynamics in the prospective of the transmission of Buddhism in the Chinese intellectual history. The topic of the talk touches several broader issues in the study of Chinese/East Asian Buddhism, such as “sinification” of Buddhism, Chinese Buddhist scholasticism, and the scholasticism in the Chinese/East Asian intellectual history in general. 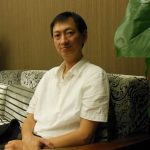 Weijen Teng 鄧偉仁 (Dharma Drum Institute)
Prof. Wei-jen TENG currently teaches at Dharma Drum Institute of Liberal Arts, Taiwan. He completed his BA degree in Pali and Theravada Buddhism at University of Kelaniya, Sri Lanka, MA in Sanskrit at University of Poona, India. He then enrolled in another MA program in Religious Studies at University of Chicago, and lastly received his Ph.D. in Religious Studies at Harvard University. Prof. Teng’s research interests include Buddhist Theory of Mind and Meditation, Intellectual History of Chinese Buddhism, and more recently Buddhism and modernity.  鄧偉仁教授目前任教於台灣法鼓文理學院。他本科畢業於斯裡蘭卡肯那尼亞大學巴利文暨佛學系，碩士是印度普納大學的梵文學研究所，以及美國芝加哥大學神學院的宗教學研究，並且於2011年於哈佛大學宗教學研究取得博士學位。他的研究興趣包括宗教研究方法與理論、漢傳佛教思想史、佛教禪修理論、巴利文佛教、古典梵文文法以及當代佛教與現代性相關議題。

Abstract: The difficulty of studying Chan/Zen Buddhism in later centuries lies in the fact that a revitalizing Chan Buddhism does not fit in any existing research paradigm which creates hopeless dilemmas and dogmas. In this talk, from the perspective of a scholar who works on East Asian Chan/Zen in later centuries, I would like to reflect upon this situation and hope to expand our horizon for future research. I will first examine how the narrative of Chan/Zen decline in later centuries was generated and popularized in the public knowledge of East Asian Buddhism. Then, I will review the validity of the popular “constructivist” approach to Chan/Zen studies and its applicability in later periods by re-examining the debate between Hu Shih and D. T. Suzuki in the 1950s. Finally, if time permits, I will highlight some of the major characteristics of Chan/Zen Buddhism in later centuries and showcase how a new Chan/Zen historiography is possible. 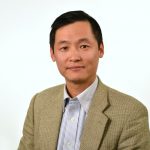 Jiang Wu (University of Arizona)
Jiang Wu is currently a professor in Department of East Asian Studies at the University of Arizona (Tucson). He received his Masters degree from Nankai University (1994) and Ph.D. from Harvard University (2002). His research interests include seventeenth-century Chinese Buddhism, especially Chan/Zen Buddhism, the role of Buddhist canons in the formation of East Asian Buddhist culture, and the historical exchanges between Chinese Buddhism and Japanese Buddhism. Other interests include Confucianism, Chinese intellectual history and social history, and the application of electronic cultural atlas tools in the study of Chinese culture and religion. He has published articles in Asia Major, Journal of East Asian History, Journal of Chinese Philosophy, and Monumenta Serica on a variety of topics. His first bookEnlightenment in Dispute: The Reinvention of Chan Buddhism in Seventeenth-century China has been published by Oxford University Press in 2008. Right now, he is conducting research on the formation of the Jiaxing canon in late imperial China and writing a biography of Yinyuan Longqi.