Lecture Report: A Place for Doubt: The Theory and Practice of “Questioning Meditation” (Kanhwa Sŏn 看話禪 ) in Korean Zen Buddhism

The inaugural lecture for the UBC Tianzhu-Hurvitz Lecture Series took place on September 12, 2019. The evening kicked off with introductions and tributes to Dr. Hurvitz by Dr. Ross King, Dr. Sonja Arntzen, Dr. Richard Lynn, and Dr. Jinhua Chen, as well as a surprise video from the university’s president, Dr. Santa Ono, who could not be in attendance. Dr. Arntzen and Dr. Lynn both shared stories and insights about the late Dr. Hurvitz, honouring his work and highlighting his importance to the field of Buddhist studies. 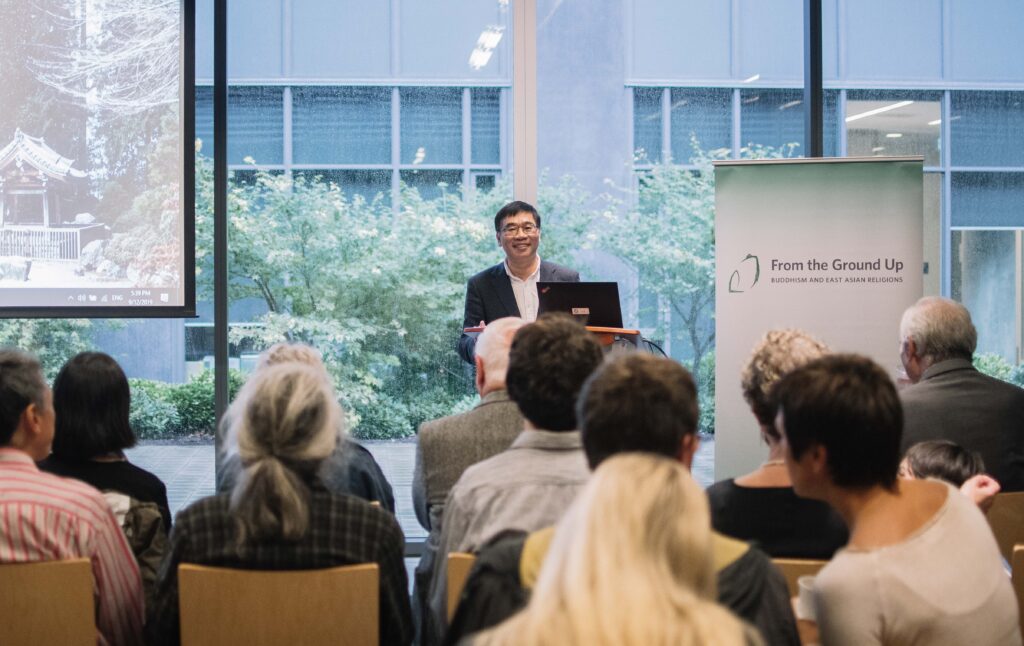 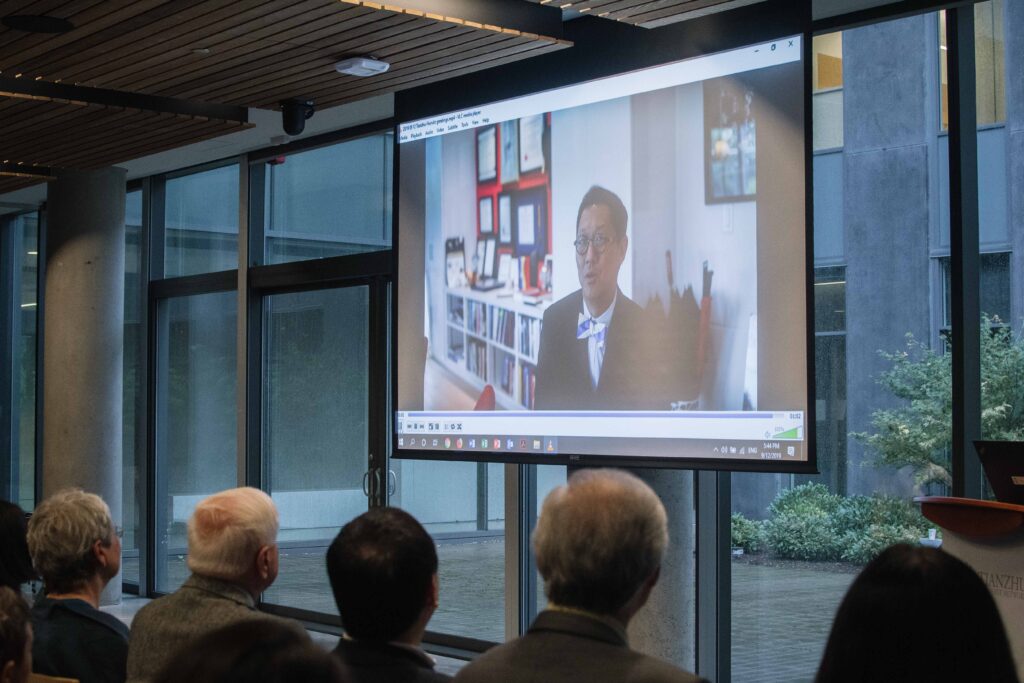 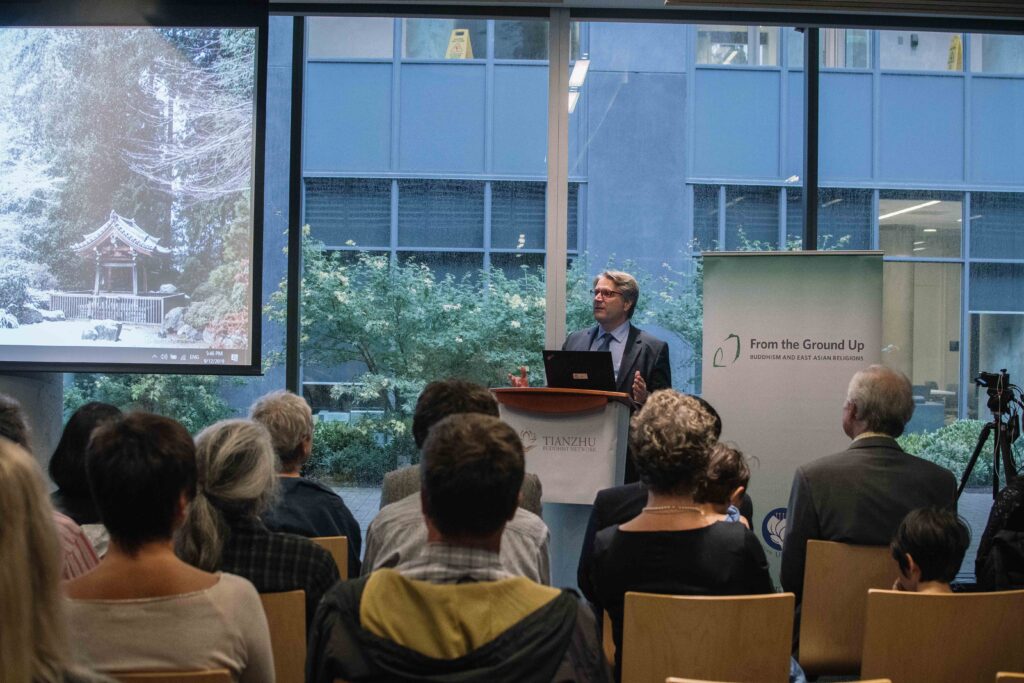 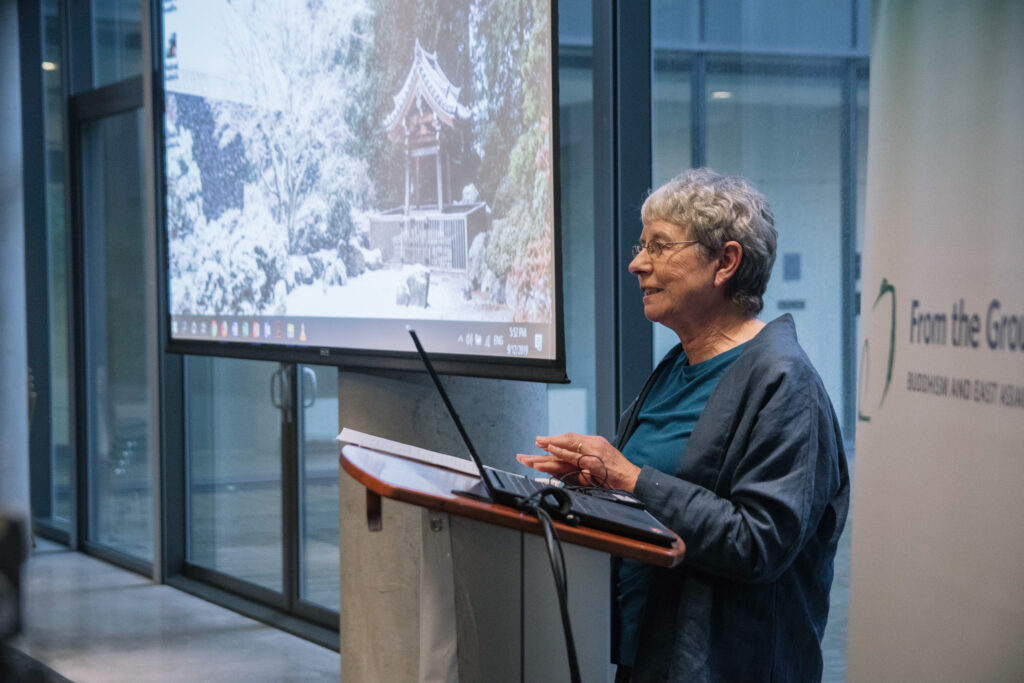 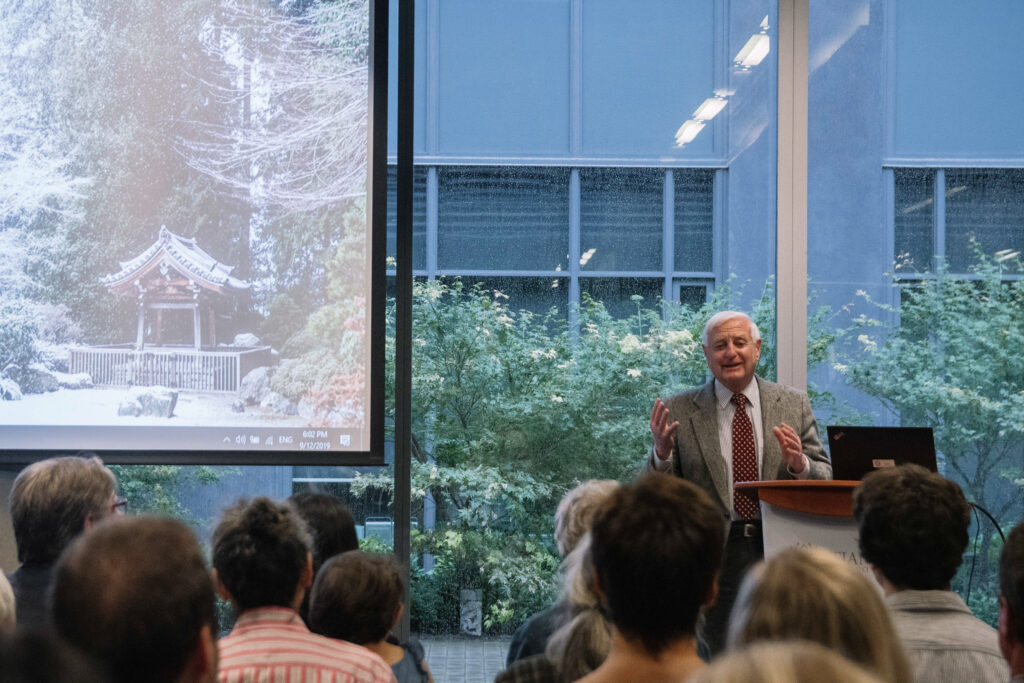 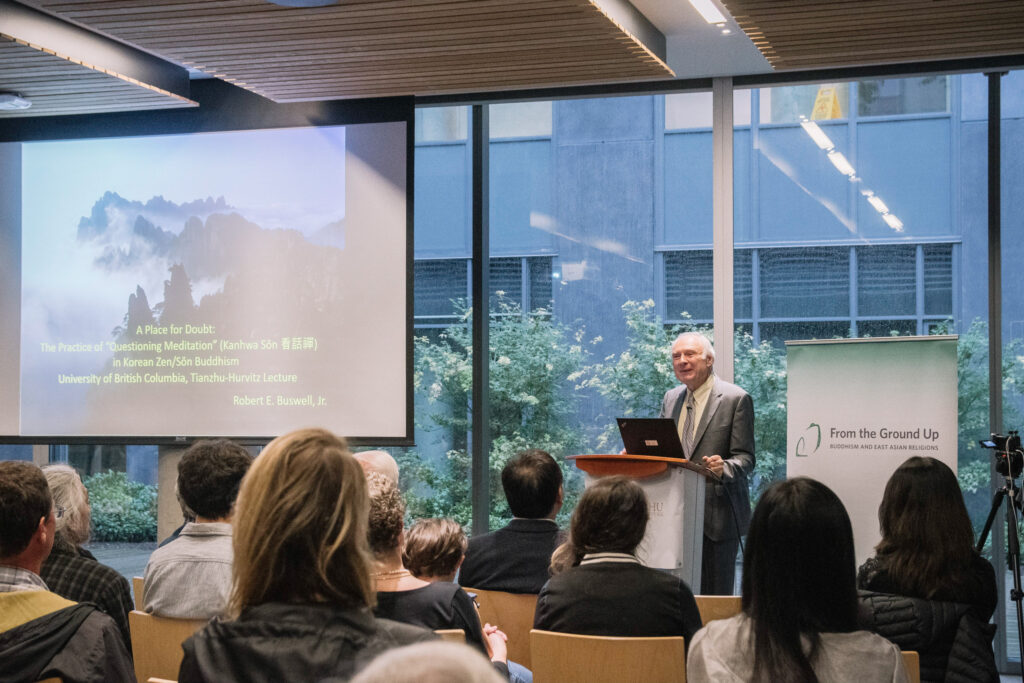 Following these introductions and tributes, Dr. Robert Buswell commenced his lecture to open this series, beginning with his own recollections of Dr. Hurvitz. He remarked that Hurvitz was the person they all tried to emulate as graduate students. Dr. Buswell himself is a premier scholar on Korean Buddhism from the UCLA Department of Asian Languages and Cultures. He is the founding director of UCLA’s Center for Buddhist Studies and Center for Korean Studies and is widely considered to be one of the top specialists on the East Asian Zen tradition. Dr. Buswell has published sixteen books and over forty articles on Korean, Chinese, and Indian traditions of Buddhism, as well as Korean religions more broadly. He also played a major role as the editor in chief of the two-volume Encyclopedia of Buddhism, and as the co-author of the Princeton Dictionary of Buddhism. Along with his impressive academic career, Buswell spent seven years as an ordained Buddhist monk in Thailand, Hong Kong and Korea. The Tianzhu Network was fortunate to be able to kick off this series with such a profound scholar in the field of Buddhist studies!

Dr. Buswell’s lecture, A Place for Doubt: The Theory and Practice of “Questioning Meditation” (Kanhwa Sŏn 看話禪) in Korean Zen Buddhism, followed the changing perceptions of “doubt” as new forms of meditation developed throughout Buddhist transmission. He began by discussing the exuberant tales of Zen masters who catalyzed enlightenment in their students through their interactions. He focused in on a specific type of meditation, kanhwa Sŏn, that draws on gongan practice. Gongan, which literally translates to “magistrates table” or “public case,” are short riddles used to create precedent for the experience of enlightenment. Kanhwa Sŏn, which he translates as “questioning meditation,” is meditation of observing the topic of inquiry in order to see or recognize the fundamental nature of the human body. In kanhwa Sŏn practice, inquiry is equivalent to doubt and doubt is the driving force that compels practice forward. However, this perception of doubt is very different from the Indian tradition of Buddhism, which sees doubt as one of the Five Hindrances to enlightenment (along with sensual desire, ill-will, sloth and torpor, and restlessness and worry). The Indian tradition perceives doubt as an obstruction to spiritual cultivation because it creates uncertainty and agitates the mind, which counteracts mindfulness practice. 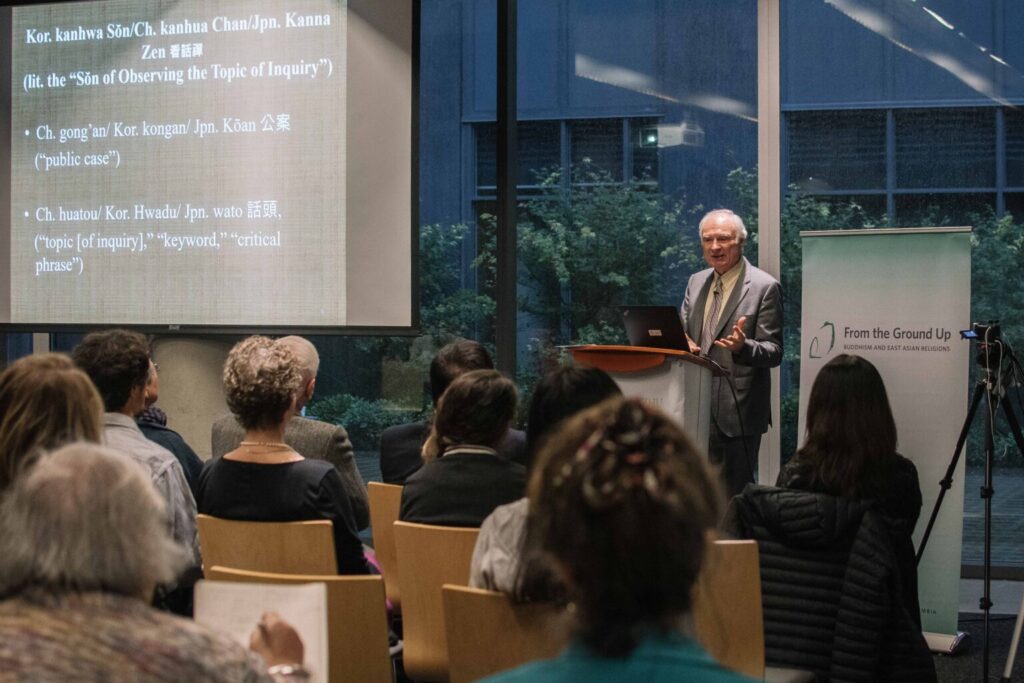 Despite these traditional views, Dr. Buswell showed that the conception of “doubt” changed as Chan meditation practices developed throughout East Asia. He pointed out that in the Korean Sŏn tradition, doubt does not affect Buddhist faith, but rather it plays a crucial role in practices like kanhwa Sŏn. Doubt was re-conceived as a principal force, rather than a hindrance, driving the practitioner to enlightenment. Buswell gave examples of eminent masters such as Dahui Zonggao (1089–1163) and Gaofeng Yuanmiao (1239–1295) who employed the use of doubt in meditation practices.

Yuanmiao claimed the sensation of doubt to be one of the “three essentials” of Buddhist Chan practice. As Buswell explained, faith and doubt have a symbiotic relationship, “it is certain that the more faith you have, the more doubt you will have.” Furthermore, faith is the “essence” of doubt and awakening is the “function” of doubt. This tension between faith and doubt is the catalyst that motivates practitioners to deepen their introspection and seek enlightenment. Kanhwa Sŏn practice, Buswell elucidated, developed an approach to draw on the doubts that are inevitable. Quoting Gaofeng he said, “When faith is a hundred percent, so too will be doubt. When doubt is a hundred percent, so too will be awakening.” In other words, the more we question the world and our perception of it, the closer we get to enlightenment. Overwhelming doubt puts a unique pressure on the meditator that allows them to produce the courage to abandon their perception of “self,” which is a necessary part of reaching enlightenment. Buswell concluded that all doubts are contained within a singular doubt and once you have resolved this doubt, that is when you find awakening. “One who resolves this doubt will doubt nothing more.” This new method of utilizing doubt was primarily targeted towards lay Buddhists because it sought to foster mental stress, existential quandary and emotional anxiety which are more likely to manifest in secular life than in the regulated and rigorously scheduled life of a monastic Buddhist. Life in the secular realm is filled with situations that create frustration and insecurity that push us to doubt the world. Therefore, lay Buddhists are the ideal people to utilize this method in order to “transform the meditator from a deluded ordinary person into an enlightened sage.” 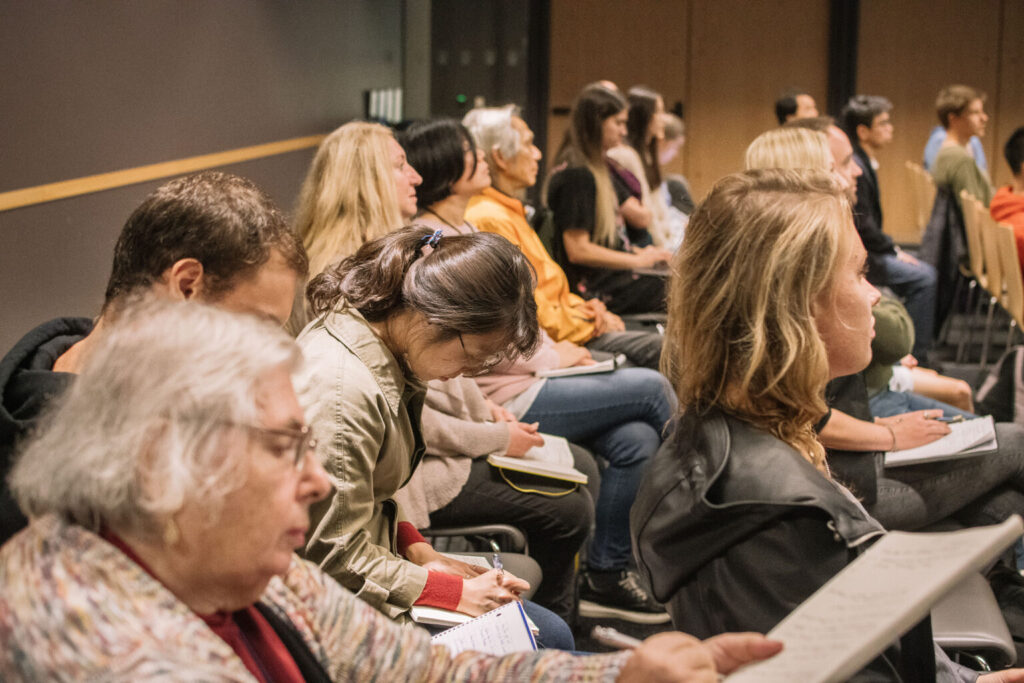 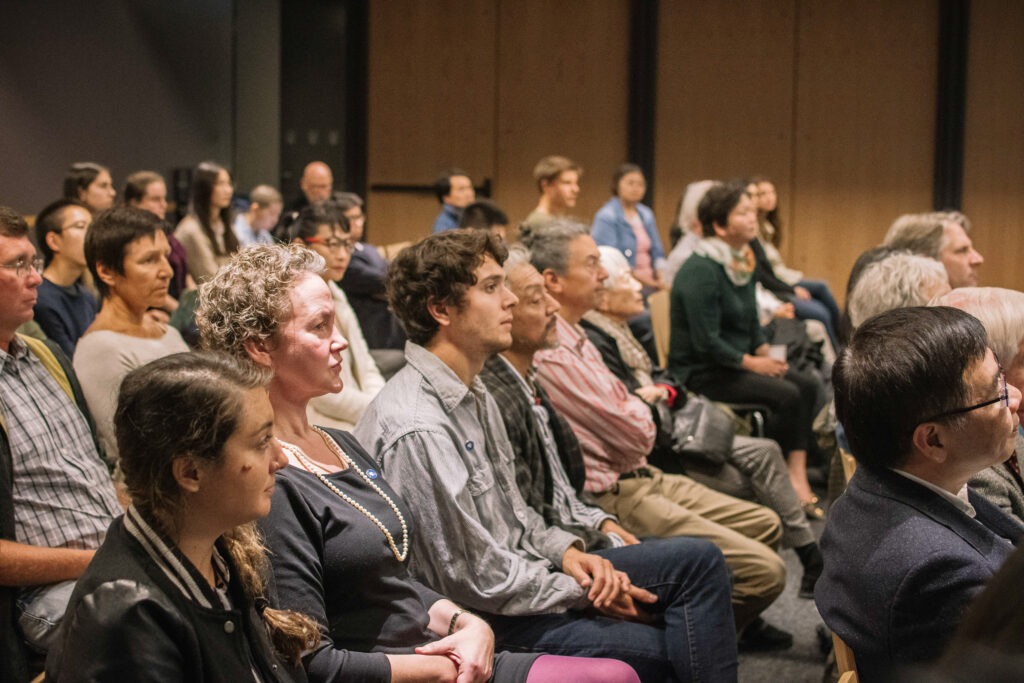 Following Dr. Buswell’s conclusion, the floor was opened up to questions. The audience remained fully engaged and lively discussions on the dichotomy of faith and doubt, indications of the sensation of doubt and the applications of this practice to a lay audience carried on until the end of this session. This lecture was made possible through the sponsorship of the Tianzhu Global Network for the Study of Buddhist Cultures, with administrative support by From the Ground Up, Buddhism and East Asian Religions.