Abstract: While confronting whiteness is often seen as the work of progressive social justice, Buddhist practice and philosophy offers a rich framework for, and imperative to do, such work. Methodologically combining ethnographic and philosophical approaches, this paper aims to show both what contemporary Buddhists have done to alleviate the suffering caused by whiteness and what resources the tradition offers for extending such work. It begins by situating Buddhist approaches to “waking up from whiteness” within the larger movement for racial justice within American Buddhism. Next, it shows how the Yogacara school of Buddhist philosophy provides helpful tools for practitioners in recognizing and being liberated from whiteness, which from the perspective of Yogacara is an historically conditioned, socially embedded identity structure that has the power to shape our worlds of experience and that can and should be made an object of inquiry, understanding, and relinquishment. Finally, we reflect on the responsibility of Buddhist scholars in Buddhist racial justice work.

Ann Gleig is an Associate Professor of Religion and Cultural Studies at the University of Central Florida. She is the author of American Dharma: Buddhism Beyond Modernity (Yale University Press, 2019). She is currently co-writing a book Abuse, Sex and the Sangha with Amy Langenberg (under advance contract with Yale University Press) and with Scott Mitchell is co-editing The Oxford Handbook of American Buddhism.

Joy Brennan is an Assistant Professor of Religious Studies at Kenyon College in Ohio. She has published in academic and popular venues on early Yogacara thought and its implications for understanding systematic identity-based forms of suffering. She is a 2021 Ho Family Foundation Research Fellow for work on her manuscript Mind Only on the Path: Centering Liberation in Early Yogacara Thought.

Discussants: Jessica Zu is an Assistant Professor of Religion at University of Southern California Dornsife. She has published in academic venues on the rise of Yogācāra in modern China and in popular online platforms on the contemporary relevance of karmic storytelling. She is currently working on her book manuscript, Liberation Buddhology: Lü Cheng (1896–1989) and the Birth of a Yogācāra Social Theory. 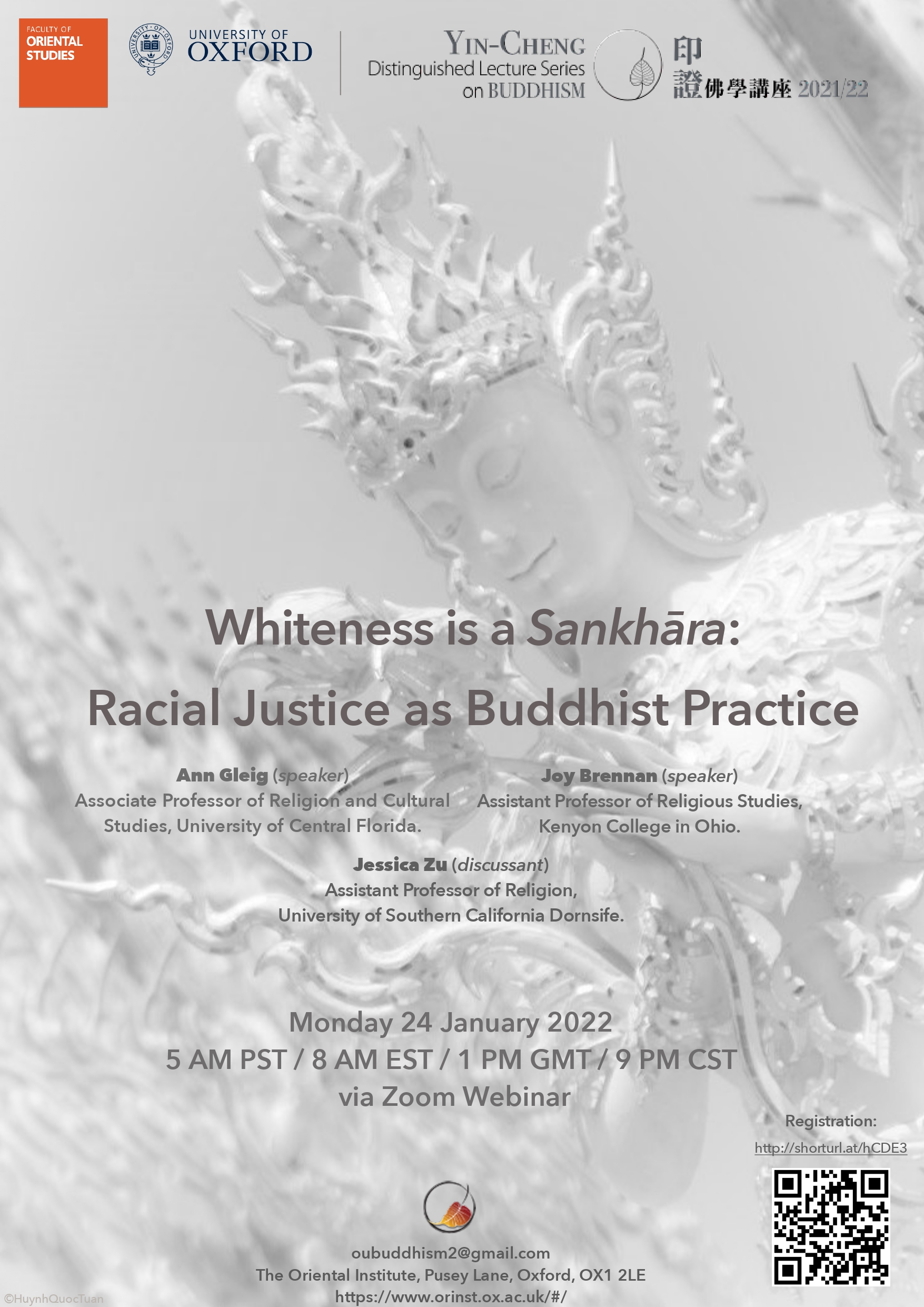