Guest Lecture: A New Translation and Study of The Zhuangzi (Sayings of Master Zhuang) 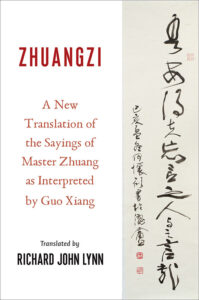 Abstract: The Western reception of the Zhuangzi, a foundational text of the Chinese philosophical tradition and the cornerstone of Daoist thought, has a long history prior to the appearance of the first integral translations in the late 19th century by Herbert Allen Giles (1845-1935) and James Legge (1815-1897) as part of the 17th and 18th centuries European general encounter with South and East Asian religious traditions—Hinduism, Buddhism, Confucianism, and Daoism—a religiocultural experience that profoundly shaped the development of modern Orientalism before imperialist ambitions and commercial greed during the 19th century compromised what had originally been essentially a search to expand Western religious perspectives—by discovering in Asia’s non-Abrahamic religions parallels and precedents for basic Judeo-Christian beliefs about God, creation, and the individual soul.  The Zhuangzi along with its most important commentary by Guo Xiang (265 ̶ 312) also profoundly influenced the reception, interpretation and translation of Buddhist concepts and terminology when that tradition arrived in China during its early period of development there (3rd ̶ 6th centuries CE). The text consists of a large collection of anecdotes, allegories, parables, fables, and relatively brief philosophical expositions, which Guo Xiang’s commentary expands on and elucidates in terms of a coherent system largely of his own making, focused on the key concept ziran (Nature, the natural; natural endowment; natural spontaneity), lost to mankind due to the corrupting effect of “civilization” but recoverable through the attainment of sagehood. The Dao is the great prime pattern and all-inclusive matrix of principles of all existence: Heaven and Earth, both animate and inanimate, animal, vegetable, and mineral, and, of course, human beings.  It is the sum aggregate of all individual principles, each of which governs natural properties and characteristic behavior.  Think of the Dao as the cosmic program that runs the universe.  However, human beings create (or are) glitches in the program because of their tendency to overreach their natural endowments in the pursuit of power, wealth, reputation, pleasure, and other “unnatural” goals—the bane of mankind. Access to and recovery of the natural self is only possible when one is free of conscious life, when all behavior is free of conscious action (wuwei), and one responds to things, “the other,” with perfect resonance, that is, arcanely merges or unites and becomes one with them.  Whether the Dao exists ontologically both transcendent to things, in dualistic relationship with them, as well as inherent in them, exemplified by the xuanxue (arcane learning) of Wang Bi (226 ̶ 249), or exists only inherently in things, in a materialistic monistic system, epitomized by the thought of Guo Xiang, is a question debated extensively in the arcane learning tradition of the 3rd–9th centuries, a debate that extended into Neo-Confucian philosophy during the later Song ̶ Qing eras. 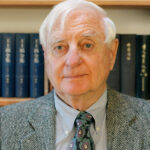 Richard John Lynn, magna cum laude A. B. Princeton University, M.A. University of Washington, Ph.D. Stanford, Professor Emeritus of Chinese Thought and Literature, University of Toronto, publications include books on the Yuan era poet Kuan Yün-shih (Twayne, 1980), Chinese Literature: A Draft Bibliography in Western European Languages (Australian National University Press, 1980), Guide to Chinese Poetry and Drama (G. K. Hall, 1984), The Classic of Changes: A New Translation of the I Ching as Interpreted by Wang Bi (1994), The Classic of the Way and Virtue: A New Translation of the Tao-te ching of Laozi as Interpreted by Wang Bi (1999), Zhuangzi: A New Translation of the Sayings of Master Zhuang as Interpreted by Guo Xiang (2022)—all by Columbia University Press. He is the editor of James J. Y. Liu, Language—Paradox—Poetics: A Chinese Perspective (Princeton University Press, 1988) and the author of more than 100 articles and book sections on Chinese poetry, poetics, history, thought, and art. Works in preparation include an integral translation and study of Huang Zunxian (1848-1905), Poems of Miscellaneous Subjects from Japan (Oxford University Press 2023) and From the Studio of Sour Mood: Poetry and Prose of Guan Yunshi (1286-1324) (Quirin Press 2024). Now living on Gabriola Island, British Columbia, across the Gulf of Georgia from the City of Vancouver, he is a Fellow of the Royal Asiatic Society of Great Britain and Ireland.