The 2020 Glorisun International and Intensive Program on Buddhism at Princeton University was held online through Zoom meetings this year due to COVID-19. Lasting from June 26 to July 15, 2020, this program was composed of two segments: Segment 1, from June 26 to July 6; and Segment 2, from July 7 to July 15, which were connected by an intersegmental conference. The program was conducted in English and Chinese. It brought together over seventy scholars and students from all over the world. The backbone of this program consisted of several lectures and lecture series delivered by international scholars including Anne Blackburn (Cornell University), Imre Galambos (Cambridge University), Sheng Kai (Tsing-hua University), Jacqueline Stone (Princeton University), Stephen Teiser (Princeton University), Eugene Wang (Harvard University), and Jinhua Chen (University of British Columbia). The conference was organized by the Glorisun Global Network for Buddhist Studies and From the Ground Up: Buddhism and East Asian Religions (Frogbear). Professor Chen Jinhua, Professor Stephen Teiser, Professor Imre Galambos, and Professor Eugene Wang warmly welcomed us during the opening ceremony. The intersegmental conference (scheduled for July 4–6) for this year’s Glorisun Intensive Program was one of three that honored the work of late Dr. Antonino Forte (1940–2006).

The theme for the intersegmental conference focused on the transmission of Buddhism in Asia and beyond. It highlighted exacting, pioneering scholarship about the ways in which the teachings and practices of Buddhism were communicated, shared, and applied by diverse groups and individuals along the so-called Silk Roads—or western regions in China—across time and space. This conference served as a platform to share a wide range of topics related to Chinese Buddhism, Japanese Buddhism, and Tibetan Buddhism. 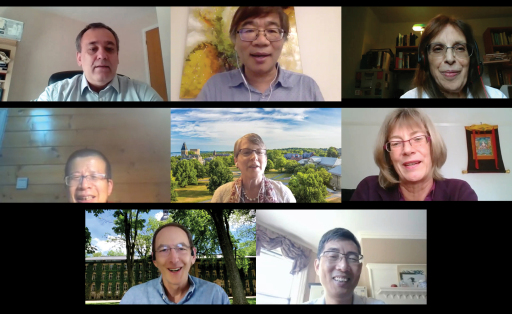 During the first segment of this intensive program, Professor Imre Galambos from the University of Cambridge discussed Buddhist manuscript culture in medieval China. He has demonstrated the role of cultural interaction in innovation and how Tibetans influenced the Chinese Buddhist manuscripts from Dunhuang. Professor Jinhua Chen from the University of British Columbia discussed the transborder and transcultural transmission of Buddhism in China’s historical context, and the role of indigenous Chinese intellectual paradigms in the reconstruction of esoteric Buddhist doctrines and practices in East Asia. Professor Jacqueline Stone from Princeton University discussed the doctrine of original enlightenment (hongaku hōmon) in the Tendai school of Japanese Buddhism. According to this doctrine, Buddhahood is explained as the ground instead of a future goal of Buddhist practices. Ven. Dr. Sheng Kai, Professor in the Philosophy Department of Tsinghua University, provided his insight on why Han Buddhist faith is an outcome of the integration of Buddhist culture and Chinese traditional culture from three perspectives. Professor Anne Blackburn from Cornell University discussed statecraft in Pali world based on her years of research experience in South and Southeast Asia at the intersection of literary studies, intellectual history, and political economy, with a particular interest in Buddhist circulations. Professor Ulrike Roesler from Oxford University introduced indigenous Tibetan notions of sacred landscapes and how they were integrated into Tibetan Buddhism and applied to Buddhist sacred sites by focusing on Reting Monastery as an example. She also explained how Indian and Chinese elements, such as mandala and geomancy, provide fascinating insights into the adoption and adaptation of Buddhism on the Tibetan plateau.

Segment two was mainly conducted by Professor Stephen Teiser from Princeton University and Professor Eugene Wang from Harvard University. Professor Teiser conducted his lecture on various topics, such as Cultures of Healing in Medieval China, The Life Cycle of the Dunhuang Manuscripts, and The Literary Style of Chinese Buddhist Healing Liturgies. We were assigned with translation tasks during this segment. All student participants tried their best to translate the given texts and Professor Teiser helped us with his feedback and suggestions. We deeply appreciated his patience and kindness in helping us improve our classical Chinese reading. Professor Eugene Wang’s lectures mainly covered Buddhist art in China. He taught us the techniques to comprehend Buddhist artwork and Buddhist topography. I have never learned about Buddhist art before and his lecture provoked my interest in the field. 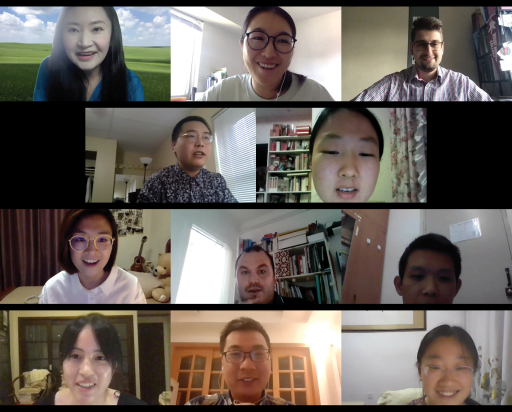 In addition to participating in these lectures and the intersegmental conference, eleven student participants from all over the world presented their research papers to their program instructors, lecturers, and peer participants at the student forum. There were four forum panels for the student presenters. Topics of the four forums were: Border-crossing, Doctrine and Texts, Buddhist Practices, and Art and Literature. Participants were allowed 45 minutes to comment on and discuss each content presented. This was one of the most rewarding parts of the program for me, because it not only gave me the chance to learn about the research of these young scholars, but it also allowed me to network with them. They all have a great passion for their research topics and are very willing to help each other. We not only shared knowledge but also developed our academic friendships.

The application for this program was quite competitive. I feel extremely fortunate to have participated in this high-quality international program. The knowledge and experience that I have attained through this program is beyond measure.

Finally, I want to express my deep appreciation towards the many individuals, organizations, and institutions that contributed to the success of the 2020 Glorisun International and Intensive Program on Buddhism at Princeton University.

Bianba Deji is a Ph.D. candidate at the Centre of Buddhist Studies, University of Hong Kong. Her research focuses on Mind Training (Lojong) literature in Tibetan Buddhism from the 10th to 15th century with a particular interest in exploring the exoteric and esoteric Lojong practices.