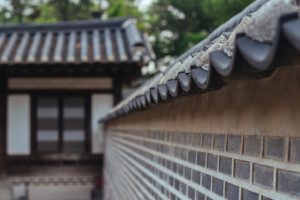 It is vital that we advance our understanding of the religions and cultures of East Asia as the economic and political importance of this region surges. As vehicles carrying multiple layers of meaning, apotropaic devices, and objects of devotion in their own right, texts have played a critical role in the interconnected religious, economic, artistic, and scientific life of East Asia. Thanks to discoveries of texts and artifacts and to increased opportunities for ethnographic observation, scholarship over the past decade has enriched our understanding of both historical and contemporary religious phenomena and life in East Asia. Despite these advances, most research in this field still remains divided by boundaries that separate communities and practices by national borders, academic disciplines, and sectarian lines. As a result, new evidence is unearthed but not shared or disseminated widely. Historical connections between seemingly disparate times and places remain obscure. This project of research seeks to break through these barriers by bringing together scholars and sources that are rarely in productive dialogue or discourse. Creating a global network of institutions and scholars will allow us to access, record, and interpret material in ways that would otherwise be impossible.

Our team will collect textual and related evidence and make it available to the public via an open access digital database and museum housed at the University of British Columbia (UBC). The collection will act as the basis for scholarly symposia, conferences, and a rotating exhibition, all of which will establish UBC as a leading centre for the study of East Asian religions and cultures.

The phenomena this program investigates, including examples that show how technological advances in media shape religion and vice versa, as well as orthodoxy, canonicity and canon formation have significant parallels in religious traditions and cultures throughout the world. Patterns of interaction between different media of religious writing and between texts and artifacts are extensive. By addressing these topics through an innovative methodological framework, our researchers will arrive at conclusions that will stimulate scholars working both inside and outside the field of East Asian religions to approach their own research in novel ways.

Underlying the project is an ambitious model for research and training adapted to technological and operational prospects that did not exist even in recent years. Our project aims to create an institutional collaboration that melds fieldwork with textual scholarship and integrates original research with archive creation. Among the projected outcomes is the example it will provide for future scholarly endeavors, particularly those involving cooperation among a diverse set of academics at institutions and within diverse fields from around the world. As we work through the challenges this process will inevitably entail, this innovative approach will lead by example and make it easier for other groups to undertake similarly complex programs. Our project will also promote Canada to the forefront of scholarly exchange and research, and encourage cultural ties that promote fruitful collaboration in other arenas.

Beyond multiple benefits to academic research, the project will prove vital for educators, policy makers, and business interests who promote deeper and more sustained economic and cultural ties to East Asia within an increasingly Pacific-orientated Canada. Cutting edge, 21st century Asian studies research enhances the reputation Canada has already begun to establish as the premier North American gateway to Asia, not only for Canadians but also for international students from across the globe.

This international and interdisciplinary project has been made possible with a $2.5 million grant from the Canadian Social Sciences and Humanities Research Council (SSHRC), with over $20 million in matching contributions from UBC (host institution), and nearly two dozen Canadian and international partner institutions and other contributors.