Guest Lecture: How did the Military Institutions Interact with Local Society in the Ming and Qing Dynasties: A Case of Yuzhou Guard

Title: How did the Military Institutions Interact with Local Society in the Ming and Qing Dynasties: A Case of Yuzhou Guard

Abstract: The Ming military institutions played a significant and enduring role in Chinese society from the late imperial period to the present. The garrisons of the Ming are often collectively referred to as Guards and Battalions (weisuo), which were established in the early Ming and eventually abolished in the Qing. The empire-wide institutions had a powerful impact on local society and people’s daily lives.The early Ming state established a frontier garrison at Yuzhou in Hebei,at the foot of Great Wall. As a result, the surrounding territory was divided between civilian and military administrative systems, with Yuzhou Subprefecture and Yuzhou Guard (wei). By the time of the Ming-Qing transition, active cooperation between the two units in providing local public services and sharing resources indicates that the subprefecture and the Guard had become more or less integrated. But despite this integration, the announcement of a plan to formally disband Yuzhou Guard in early Qing generated opposition from the descendants of the garrison officers and soldiers because it affected the rights and interests of many different people who had been associated with the military institution in different ways. Their opposition eventually changed the course of local administrative reforms. The case of Yuzhou Guard suggests that researchers should go beyond the usual scope of military history studies when focusing on the Ming military institutions, and further shows how to understand the interaction of imperial institutions with Chinese local society. 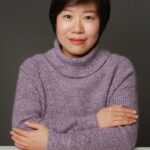 Dr. Deng Qingping is an associate professor in the Institute of History at China University of Political Science and Law. She received her Ph.D. in History at Beijing Normal University (her dissertation: “County and Wei-so: the change of Administrative Division and frontier society in North China—the case of Yuzhou in Ming-Qing Period”). From 2010–2011, she was a visiting scholar to the Chinese University of Hong Kong. Dr. Deng’s research interest focus on the social history of the Ming and Qing dynasties.

This lecture will be presented in Mandarin Chinese.