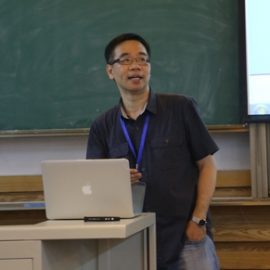 Jinhua CHEN was trained as a historian of religions, with a focus on East Asian Buddhism. After receiving a doctoral degree in Religious Studies from McMaster University in 1997, he held a postdoctoral research fellowship at Kyoto University in Japan. In 2001, he joined the Department of Asian Studies at UBC. That same year he was also appointed by the federal government of Canada as the Canada Research Chair (Tier II) in East Asian Buddhism (2001-2011). In addition to his work at UBC, he also held research and teaching positions at other leading research institutions, such as the University of Virginia, University of Tokyo, Stanford University, the University of Hamburg, Leiden University, the University of Ghent, and Duke University.
As recipient of research grants and fellowships from different sources including SSHRC, CRC, Killam Foundation, Society for the Promotion of Buddhism, Japan Society for the Promotion of Social Sciences, Alexander von Humboldt Foundation, the Academy of Korean Studies, the National Humanities Center (USA), and most recently, Max Planck Institute (Berlin), he has been engaged in research projects related to East Asian state-church relationships, monastic (hagio/)biographical literature, Buddhist sacred sites, relic veneration, Buddhism and technological innovation in medieval China, Buddhist translations, and manuscript culture. He wrote five monographs including Making and Remaking History [Tokyo, 1999]; Monks and Monarchs, Kinship and Kingship [Kyoto, 2002]; Philosopher, Practitioner, Politician [Leiden, 2007]; Legend and Legitimation [Brussels, 2009]; and Crossfire: Shingon-Tendai strife [Tokyo, 2010]), co-edited seven books, and published nearly seventy book chapters and journal articles. He is currently leading a SSHRC-sponsored multi-year, international and interdisciplinary project that involves over 50 scholars from 30 top universities all over the world, and is aimed at reconstructing several key aspects of Buddhism and East Asian Religions (www.frogbear.org). 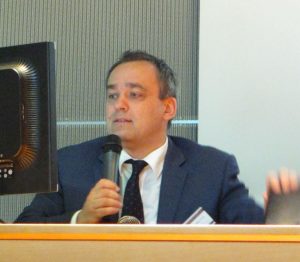 Imre Galambos is a specialist of Chinese manuscripts and the history of Chinese writing. He received his PhD from the University of California at Berkeley with a dissertation on the structure of early Chinese writing, in which he analyzed the variability of the Chinese script in the pre-Qin period. He graduated in 2002 and was hired by the International Dunhuang Project (IDP) at the British Library where his focus of research turned to medieval manuscripts from Dunhuang and other Silk Road sites, as well as the Tangut material discovered at the ruins of Khara-khoto (Heishuicheng) in Inner Mongolia. After spending ten years at the British Library, he took a teaching position at the University of Cambridge where he is currently Reader in Chinese. His research interests include codicology, manuscript studies, Chinese philology and Tangut studies. He has published extensively on Chinese manuscripts, and his monographs are: Orthography of Early Chinese Writing (Budapest, 2006); Manuscripts and Travellers (Berlin, 2012; co-authored with Sam van Schaik); and Translating Chinese Tradition and Teaching Tangut Culture (Berlin, 2015). His current main research project is a book-length study focusing on Dunhuang manuscripts written by lay students studying at local Buddhist monasteries during the ninth and tenth centuries. 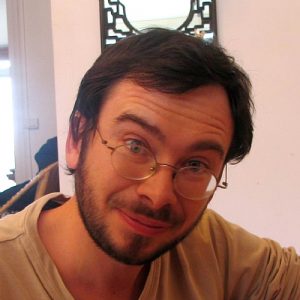 ent Goossaert obtained his PhD at EPHE (Ecole pratique des hautes études, 1997), was a research fellow at CNRS (1998-2012) and is now Professor of Daoism and Chinese religions at EPHE. He has been Visiting Professor at the Chinese University of Hong Kong, Geneva University and Renmin University. His research deals with the social history of Chinese religion in late imperial and modern times. He has published books on the Daoist clergy, anticlericalism, Chinese dietary taboos, the production of moral norms, and, with David Palmer, The Religious Question in Modern China (Chicago, 2011; Levenson Prize 2013). He serves since 2014 as the dean of the EPHE graduate school (600 PhD students). 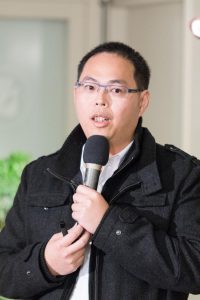 Jen Jou (aka “Joey”) HUNG  洪振洲  was born in Taiwan in 1976. He received his Ph.D. in 2006 from the National Taiwan University of Science and Technology, Taipei. He is currently an Associate Professor in the Department of Buddhist Studies and Director of the Library and Information Center at Dharma Drum Institute of Liberal Arts (DILA), Taiwan.  He has been engaged in a variety of digital archives projects at DILA. His research interests include authorship attribution for ancient Buddhist literature, the construction of digital archives, and digital text processing. 洪振洲在2006年 於台灣科技大學資訊管理系取得博士學位，目前任教於法鼓文理學院佛教學系，為專任副教授，並兼任圖書資訊館館長一職。他的目前參與許多由法鼓法鼓文理學院 執行的數位典藏計畫。他的研究興趣包含漢譯佛典作譯者分析、數位典藏專案建構、數位人文研究資源開發與數位文字處理議題。 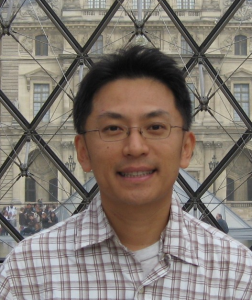 Ching KENG, Associate Professor at the Department of Philosophy, National Chengchi University. Ph.D. in the Study of Religion, Harvard University. Prof. Keng’s fields of study include Yogācāra and Tathāgatagarbha thought in India and China. Recently, he has been involved in research projects on the translation and studies of the Cheng weishi baosheng lun of Dharmapāla and of the Awakening of Faith.  Currently, he focuses on the theories of cognition in Abhidharma and Yogācāra. 耿晴，國立政治大學哲學系副教授，美國哈佛大學宗教學博士。專長為印度與中國的唯識與如來藏思想。近年來參與關於護法《成唯識寶生論》、《大乘起信論》相關的翻譯與研究計劃，目前主要的研究方向為阿毘達磨與唯識學中關於認識的理論。 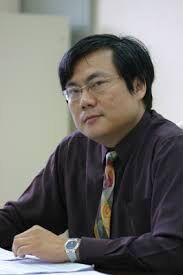 Prof. Chao-heng LIAO is currently a Research Fellow and Deputy Director of the Institute of Chinese Literature and Philosophy, Academia Sinica. He earned his doctoral degree at the University of Tokyo. Prof. Liao’s research expertise includes Classical Chinese literary theory, Ming loyalism, cultural history of Buddhism, East Asia literature in Han-Chinese, history of cultural exchange between China and Japan. His methodology features literature aspect of Religion. Through literature works, he is aimed at exploring the relationship between Buddhist literature, meditation, and intellectual history. 廖肇亨博士目 前是台灣中央研究院文哲所研究員兼副所長。廖教授於東京大學人文社會學院獲得博士學位，他的主要研究包括近世東亞佛教文化史、東亞文化交流史、禪學史、古 典文學理論。廖教授主要研究方法論是以明清佛教為主，透過佛教文獻的文學觀來探討佛教文學、禪學、思想史之間的互動關係。 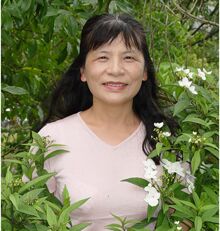 Prof. Shu-fen LIU earned her Ph.D. in Chinese History, National Taiwan University and is currently a Research Fellow, Institute of History & Philology, Academia Sinica. Prof. Liu specializes in social history of medieval Chinese Buddhism. Her research expertise includes 1. The origin and nature of the dhāraṇī pillars (e.g. Uṣṇīṣa Vijaya Dhāraṇī Sūtra) in medieval China and their religious significance in relation to the political and social environment, 2. The death rites and ritual in medieval Chinese Buddhism, and 3. The interaction between Buddhism and various ethnic groups in medieval China. 劉淑芬博士畢業於台灣大學歷史系，目前是中央研究院歷史語言研究所研究員。劉博士主要的研究專長為中古中古佛教社會史劉博士的研究課題包括一）經幢 (例如《佛頂尊勝陀羅尼經》)的性質和來源，以及經幢在宗教上的作用。（二）死亡信仰和儀式（三）佛教與不同民族的互動（四）佛教與政治、社會的關係。 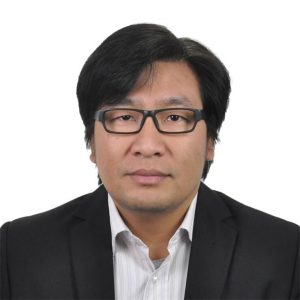 Having studied at Peking University, Prof. Yinggang SUN received his doctoral degree from Princeton University. Currently Professor and Director of East Asian Religions at the University of Zhejiang, he also serves as a Deputy Director of Wutaishan International Institute for the Study of Buddhism and East Asian Culture, an Executive member of China’s Society for Early Medieval History, and the Editor-in-chief of book Series “Studies of International Buddhism and Chinese Religions.” His research spans over medieval Chinese history, Buddhist history and intellectual history. In addition to more than 70 published journal papers, he is the author of The Chenwei Prophecy Texts and Medieval Politics, A History of the Sui-Tang and Five Dynasties (both in Chinese), and so on. He also serves on the editorial boards for several academic journals. 孫英剛，先後就讀北京大學和普林斯頓大學，獲普林斯頓大學哲學博士學位。現任浙江大學東亞宗教文化研究中心主任、五台山國際研究院副院長、中國魏晉南北朝史學會理事、 “國際佛教與中國宗教研究叢書”主編。主要從事中古史、佛教史及史學理論研究，代表作包括《神文時代：讖緯、術數與中古政治研究》、《隋唐五代史》等，並發表相關論文70多篇。擔任多種國際學術刊物編委。 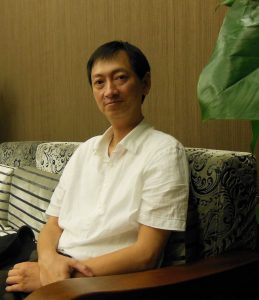 Prof. Wei-jen TENG currently teaches at Dharma Drum Institute of Liberal Arts, Taiwan. He completed his BA degree in Pali and Theravada Buddhism at University of Kelaniya, Sri Lanka, MA in Sanskrit at University of Poona, India. He then enrolled in another MA program in Religious Studies at University of Chicago, and lastly received his Ph.D. in Religious Studies at Harvard University. Prof. Teng’s research interests include Buddhist Theory of Mind and Meditation, Intellectual History of Chinese Buddhism, and more recently Buddhism and modernity.  鄧偉仁教授目前任教於台灣法鼓文理學院。他本科畢業於斯裡蘭卡肯那尼亞大學巴利文暨佛學系，碩士是印度普納大學的梵文學研究所，以及美國芝加哥大學神學院的宗教學研究，並且於2011年於哈佛大學宗教學研究取得博士學位。他的研究興趣包括宗教研究方法與理論、漢傳佛教思想史、佛教禪修理論、巴利文佛教、古典梵文文法以及當代佛教與現代性相關議題。