Report by Sinae Kim
May 12, 2021
Screenshots by Carol Lee

On April 22, 2021, the organizers of the UBC Tianzhu-Hurvitz Distinguished Lecture Series invited Prof. Wendi L. Adamek as their third speaker of the series. This year’s lecture, following last year’s virtual lecture by Prof. John Kieschnick, was also held online, during which the attendance reached 54. The event began with opening remarks by Prof. Sharalyn Orbaugh, the head of the Department of Asian Studies at UBC, followed by Prof. Jinhua Chen, a professor of East Asian Buddhism in the Department of Asian Studies at UBC. Prof. Orbaugh paid tribute to the late Prof. Leon Hurvitz, a towering figure in the field of Chinese Buddhism as well as a cornerstone of Buddhist and East Asian studies at the University of British Columbia. Prof. Chen then introduced the research and career trajectory of Prof. Adamek. 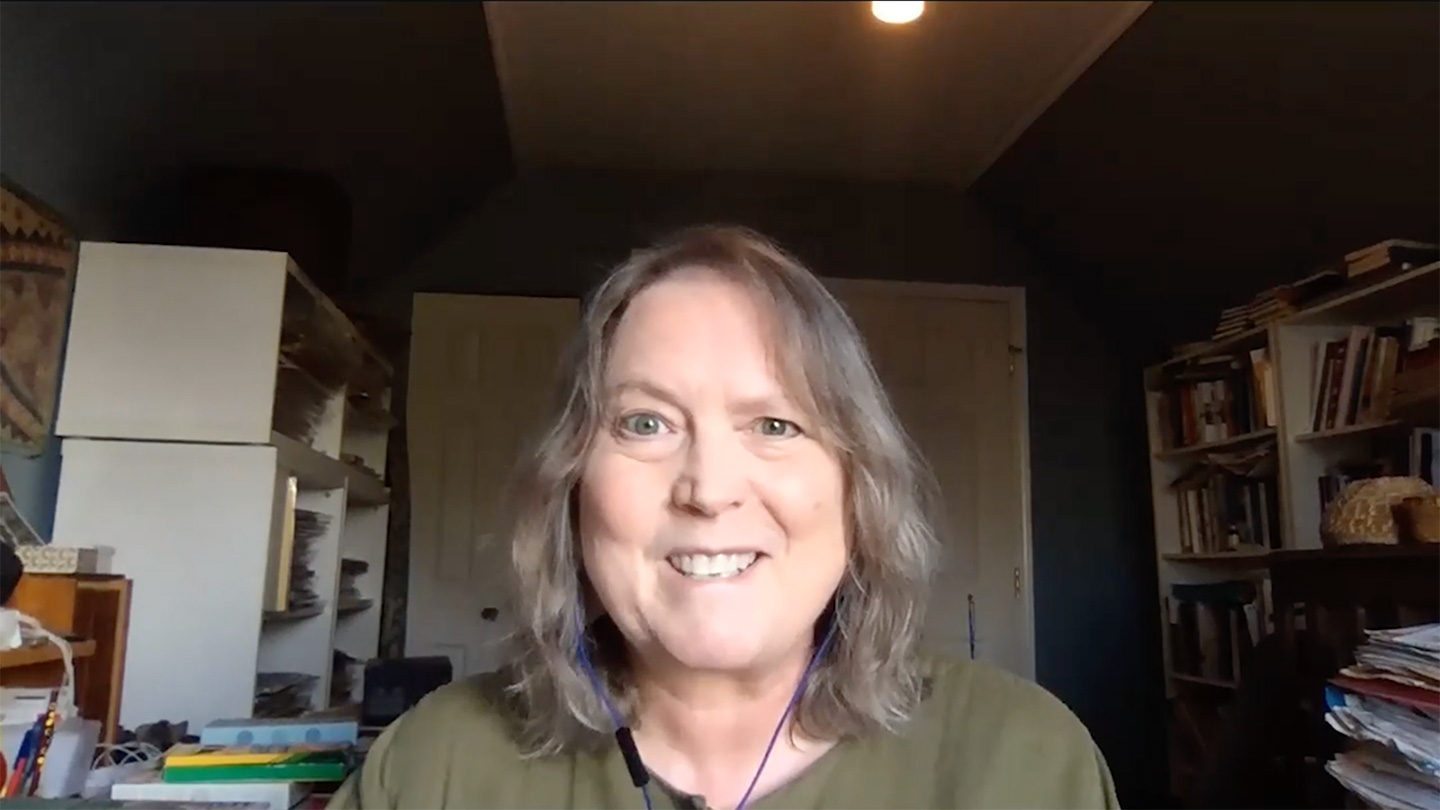 The unexpected heavy snow in Calgary where Prof. Adamek resides caused her internet connection to be unstable for a moment. While waiting for her to rejoin, the organizers invited Prof. Philip Hurvitz, son of the late Prof. Hurvitz, who was present at this online lecture, to say a few words about the legacy of Leon Hurvitz and his family. He shared his fond memories of his father who was a voracious reader with a zany sense of humor. 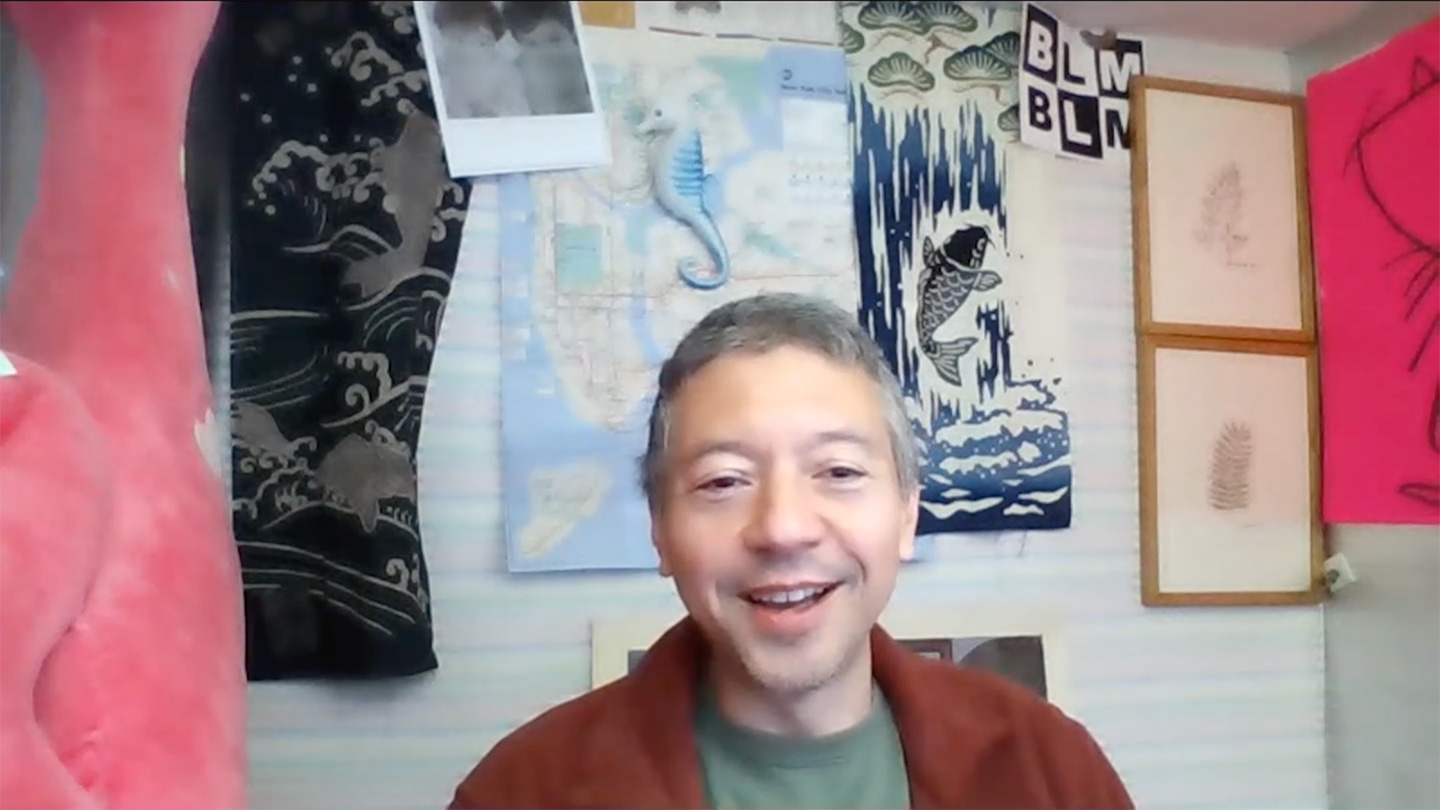 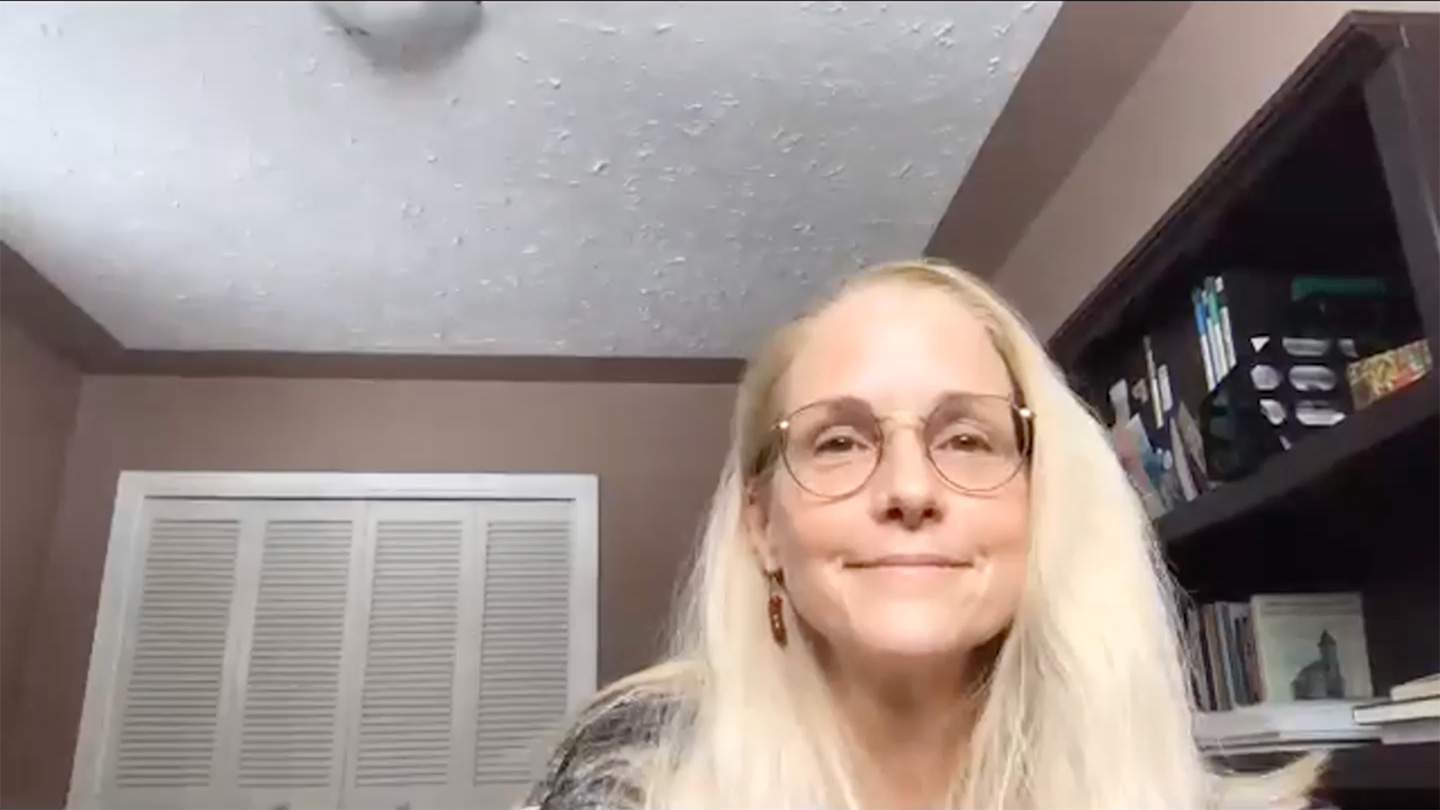 Prof. Adamek is currently Numata Chair in Buddhist Studies at the University of Calgary, having previously taught at various institutions including the University of Iowa, Barnard College, and the University of Sydney. She has published three books. Her award-winning first book, The Mystique of Transmission: On an Early Chan History and its Contexts (New York: Columbia University Press, 2007), is an exhaustive study and translation of the Lidai fabao ji 歷代法寶記 (Record of the Dharma-Jewel Through the Generations), a long-lost eighth century Chan/Zen Buddhist hagiographical text that was rediscovered in a Dunhuang cave in the early twentieth century. In her second book, The Teachings of Master Wuzhu: Zen and Religion of No-Religion (New York: Columbia University Press, 2011), Prof. Adamek revised her first translation of the Lidai fabao ji and presented it for a wider readership. Her third publication, Practicescapes and the Buddhists of Baoshan (Hamburg: University of Hamburg Press, 2021), discusses gender, the relationship between the lay and the ordained, and human and non-human relations by examining the images and texts inscribed on the rocks on Mount Baoshan (Treasure Mountain) in Henan, China. Prof. Adamek is currently working on her forthcoming collection of essays on relational dynamics, titled AntiEntropics, and her talk was drawn from one of its chapters.

Prof. Adamek’s lecture, “Ethics of Ambiguity in Chan and Existentialism,” discusses resonances and disparities between existentialist and Chan 禪 (K. Sŏn, J. Zen) probing of freedom and ethics. She started off by asking the following questions: “How does one reconcile ethical practice with the ever-renewable freedom to engage in the lack of stable subject-object relations? Is it possible or desirable to be completely free from existential ambiguity and doubt while engaging in the world of morally weighted action?” In order to answer these questions, she compared the phenomenology of ambiguity that Simone de Beauvoir (1908–1986) explored in her early work The Ethics of Ambiguity with the concept of “doubt” (yi 疑) as evoked in the Chan practice of “examining the topic” (kanhua 看話, K. kanhwa).

Prof. Adamek first talked about the meaning and effects of existential ambiguity in the first half of de Beauvoir’s The Ethics of Ambiguity (1947). Prof. Adamek remarked that de Beauvoir’s moral engagement with existential ambiguity was influenced by her fellow student Maurice Merleau-Ponty (1908–1961)—unlike her lifelong partner Jean-Paul Sartre (1905–1980), who was critical of Merleau-Ponty’s work. De Beauvoir was also heavily influenced by Martin Heidegger (1889–1976), whose Buddhist echoes have been widely known. Prof. Adamek suggested that one of the phenomenological themes of de Beauvoir could be compared to a fundamental Buddhist practice, namely “the examination of subject/object co-constitution.”

Prof. Adamek discussed how de Beauvoir, in The Ethics of Ambiguity, traced a dialectic of ambiguity, the existential condition of codependency between subjectivity and objectivity, in relation to an “ethics of authentic individual freedom as/in existential ambiguity with respect to freedom to others.” She argued that de Beauvoir’s exploration of the experience of authentic existence had much in common with the Buddhist concepts of practice. Yet, Prof. Adamek also pointed out that de Beauvoir’s existential conversion contrasted with Buddhist claims. While the Chan tradition argues that the absolute disappearance of uncertainty is a result of true awakening, de Beauvoir argues that one could at best be free to make consequential choices by continuously realizing rather than dispelling ambiguity. Prof. Adamek further said that de Beauvoir’s ethics of ambiguity did recognize certain kind of interdependence, but it was not Buddhist. “Rather than the co-emergence of oneself and/as phenomena,” de Beauvoir evokes “the interdependence of mutually resistant individuals who do not vanish in the recognition of their separate but entangled nature.”

Prof. Adamek then turned to the Chan practice of doubt and freedom. She introduced a Chinese Chan master Dahui Zonggao 大慧宗杲 (1089–1163), who formulated a new meditation technique of “examining the topic” (kanhua), and a Korean Sŏn master Chin’gak Hyesim 眞覺慧諶 (1178–1234), Chinul’s 知訥 (1158–1210) chief disciple, who first championed the kanhwa Sŏn technique in Korea. She examined the nature of enlightenment and freedom in the Chan context in connection with a famous gong’an 公案 known as “Baizhang’s Wild Fox,” focusing on the Case 184 recorded in a Korean collection called Sŏnmun yŏmsong chip 禪門拈頌集 (Collection of Prose and Verse Commentaries of the Sŏn Gate) as well as a commentary by Chin’gak Hyesim. Prof. Adamek paid attention to Hyesim’s commentary, which develops the theme of raising doubt and cutting off doubt. For Hyesim, the authentic freedom is not freedom from the consequences of karmic effect but freedom from doubt. As Hyesim said: “Whether you say karma exists or not, there is a path to free yourself.” Prof. Adamek quoted another commentary on the Baizhang gong’an by a Chinese Chan master Wumen Huikai 無門慧開 (1183–1260) from the Wumenguan 無門関 (Gateless Barrier) to show the Chan practice of raising doubt and being free from doubt.

Prof. Adamek concluded her lecture with the argument that de Beauvoir’s meditation on ambiguity could be understood as a kind of kanhua Chan practice in that it probes into existential doubt and urges commitment to freedom for ourselves and others. The disparities between de Beauvoir’s existentialism and the kanhua Chan tradition are in their representations of what a life of practice is like, and “their respective means of discovering and maintaining commitment.” Yet, Prof. Adamek emphasized, de Beauvoir’s existentialism has a resonance with the Chan tradition because both their commitments demand “courage of a different order than ethics of will or moralities of convention.”

During the following Q&A session, the audience participated in lively discussions on such topics as the place of female practitioners in Chan Buddhism; de Beauvoir’s feminist view; things Prof. Leon Hurvitz might have asked if he were alive and here; the relationship between the true authentic self and the Buddha-nature; personal and political aspects of de Beauvoir’s lived experience; the similarities and differences between Hyesim’s commentary and Huikai’s commentary; and why Prof. Adamek chose de Beauvoir among many other existentialists to pair with Chan masters.

Video of Prof. Adamek’s lecture can be viewed at FROGBEAR’s Youtube channel: https://youtu.be/XFdngvSJxQ0.