From Xiangyuan to Ceylon: The Life and Legacy of the Chinese Monk Faxian (337-422) 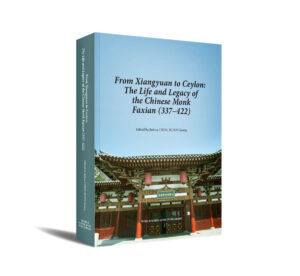 This volume collects thirteen papers contributed by top scholars to a conference on Faxian 法顯 (337-422) and his legacy in the spring of 2017 in Xiangyuan 襄垣, Shanxi 山西, generally taken to be Faxian’s hometown. Faxian’s legacy is not limited to him being a wise master, a devoted Buddhist, a great traveller or an outstanding translator. Rather, his true legacy is symbolic: Faxian lived on as a perennial symbol of perseverance daring to overcome any distance and danger. Faxian is a spiritual monument that has inspired generations of Buddhists, including Xuanzang and Yijing, to follow in his steps to the West. The research topics this volume covers are diverse but also in-depth: the conference papers concerned themselves with the entire geographical sphere touched by the influence of Faxian—from the Indian subcontinent, Sri Lanka, Central Asia to the Chinese cultural zone, notably Japan; at the same time, the conference papers also reach a depth of sophistica­tion deserving a world-class academic conference. Panelists em­ployed diverse and interdisciplinary methodologies. They have used not only the traditional methods that are common in historical, philological and philosophical research, but also a linguistically diverse range of primary sources (in addition to the classical Buddhist languages such as Sanskrit, Pali and Tibetan, they used Burmese and Thai sources) and secondary sources written in English, French, German and Japanese.

Part One    South Asian Buddhism through the Prism of Faxian

Part Two    Faxian in the Context of East Asia