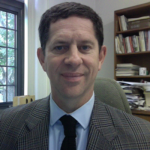 James Benn is a Professor in the Department of Religious Studies at McMaster University. His field of research is religion in medieval China (roughly fourth to tenth century, CE). To date, he has concentrated on three major areas of interest: bodily practice in Chinese Religions; the creation and transmission of new religious practices and doctrines; and the religious dimensions of commodity culture. In particular, he has focused on self-immolation, Chinese Buddhist apocrypha, and the history of tea. He works with primary sources written in literary Chinese and his research engages with that of scholars who publish in English and French as well as in modern Chinese and Japanese. Although his work is grounded in traditional Sinology—a discipline based on knowledge of the literature, history, and culture of pre-modern China—his publications are also aimed towards scholars of Religious Studies.