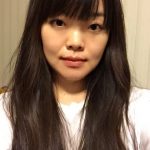 Hou Xiaoming is currently a Ph.D. student in École Pratique des Hautes Études in Paris, Department of Religions et systèmes de pensées. She received her B.A. in French Literature from Fudan University in 2013 and her M.A. in Études asiatiques from EPHE in 2015. The title of her doctoral thesis is “Translation and the Creation of Tradition: The formation of Buddhist meditation teaching systems through second to sixth century in China”, which focuses on the relationship between the translations of Buddhist texts and the formation of buddhist meditation teachings in China on a terminological level.  Although working primarily in the field of Chinese Buddhism, she is also interested in the transmission and translation of Buddhist textes in Europe, particularly in France.