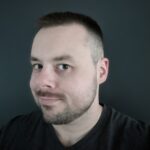 Jeffrey Kotyk (Leiden University PhD, 2017) is presently the Sheng Yen Education Foundation Postdoctoral Fellow in Chinese Buddhism at the University of British Columbia. Earlier he was the Robert H. N. Ho Family Foundation Postdoctoral Fellow in Buddhist Studies at McMaster University. He presently researches Buddhism in state and secular sources from medieval China in addition to his other work detailing the relationship between Buddhism and astrology in premodern East Asia. He earlier spent time as a visiting researcher at Friedrich-Alexander University in Erlangen, Germany, where he documented the introduction and development of foreign astrology in China. He has published in journals including T’oung Pao and Asia Major.