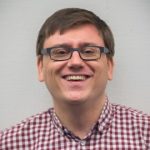 Bruce Rusk is an Associate Professor in the Department of Asian Studies. His main areas of research and teaching are the cultural history of China, especially the Ming (1368–1644) through early Qing (1644–1911) dynasties. He has worked on the history of textual studies, literary culture, writing systems, and connoisseurship. His first monograph, Critics and Commentators: The Book of Poems as Classic and Literature, was published by the Harvard University Asia Center in 2012. It studies the interactions between literary criticism and classical studies in imperial China, showing how the two fields borrowed from each other while remaining distinct in status and approach.

His current research, part of a larger interest in how ideas of authenticity and deception were negotiated in late imperial China, concerns practices of authentication surrounding material culture. He is preparing a study of one especially problematic category of artifact, so-called “Xuande incense burners,” bronze vessels supposedly cast in palace workshops in early fifteenth century but in fact invented over a hundred years later and “provenanced” by texts forged in the eighteenth century. He is also investigating Ming and Qing techniques for assaying (and faking) silver ingots, the most important form of money during that period.