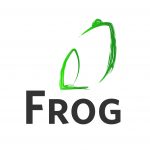 Prof. Shimoda specializes in the history of the formation of the scriptures of Indian Buddhism, as well as Digital Humanities. Concerning the former, he focuses on the clarification of the background of history of thought and social history from early Buddhism to Mahāyāna Buddhism through the formation process clarified in the sutras and vinayas. During the past two years he has proposed a new theory regarding the origins of Mahāyāna Buddhism generated by the change of the medium of the received tradition. The topics he has researched up to the present are: (1) a revised approach to prior research regarding the formation of Mahāyāna Buddhism and its prominent characteristics; (2) a re-questioning of the methods of research of Buddhism in the modern age that support Buddhist studies; (3) investigation of relations between Buddhism and modern various problems, as well as (4) consolidating these four points in research on Mahāyāna Buddhism. He is seeking to lay hold of the future trajectory of Buddhist studies by focusing on examining the field of Buddhist studies that originated in the West in during modernity, having a 200-year history, oriented around the above four points, .

Concerning his second major area, Digital Humanities, starting from seven years ago, he entered into full scale efforts toward the process of advancing the digitization of the Buddhist canonical works. These works were supported by A-level Grant-in-aid from the JSPS under the topic of “Formation of a Buddhist studies Knowledge Base through International Cooperation.” The creation of an international knowledge base of Buddhist studies for the next generation was developed around this project, serving as a model case for the advancement of Digital Humanities in Japan.