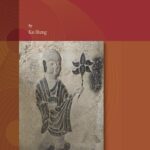 We are pleased to announce the release of the third volume in a new series published by Brill: A History of Chinese Buddhist Faith and Life. The book is authored by Sheng Kai, and edited by Jinhua Chen. For more information or to order, please visit https://brill.com/view/title/57547

The goal of this book is to study the ways in which Chinese Buddhists expressed their religious faiths and how Chinese Buddhists interacted with society at large since the Northern and Southern dynasties (386-589), through the Ming (1368-1644) and the Qing (1644-1911), up to the Republican era (1912-1949). The book aims to summarize and present the historical trajectory of the Sinification of Buddhism in a new light, revealing the symbiotic relationship between Buddhist faith and Chinese culture.

The book examines cases such as repentance, vegetarianism, charity, scriptural lecture, the act of releasing captive animals, the Bodhisattva faith, and mountain worship, from multiple perspectives such as textual evidence, historical circumstances, social life, as well as the intellectual background at the time.