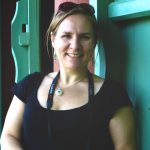 Dr. Balkwill completed her PhD in Buddhist Studies and Chinese Religions at McMaster University where she also earned a graduate diploma in Gender Studies and Feminist Research. She has been a fellow at the Center for Chinese Studies at the National Central Library of Taiwan, an advanced researcher in the Department of Philosophy at Peking University, a Robert H.N. Ho Family Foundation in Buddhist Studies Doctoral Fellow, and a postdoctoral fellow in the Society of Fellows at the University of Southern California. Her research has also been supported by the Social Sciences and Humanities Research Council of Canada, the American Council of Learned Societies and the Chiang-ching Kuo Foundation for International Scholarly exchange.