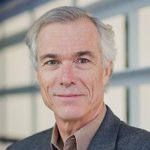 Timothy Brook is a Professor in the Department of History. He works on the social and cultural history of the Ming dynasty (1368-1644), the Japanese occupation of China during World War Two, and historical perspectives on world history and human rights. A new book, tentatively entitled Sailing to China, will appear in the spring. It explores the Selden map, a Chinese map of the 17th century recently rediscovered in Oxford. Other current projects include cultural life in the Shanghai region in the early 17th century, and a price history of the Ming dynasty.