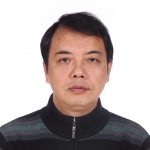 CHEN Ming is currently a Professor and Head of the Department of South Asian Studies at Peking University. Since he was awarded a doctoral degree by Peking University in 1999, with a dissertation on Indian Medical Science, he has focused on the history of cultural communication between China and Central & South Asia in the Medieval Period, mainly but not exclusively in terms of medicine. His academic interests have also been extended to a study on Buddhist literature in Sanskrit-Chinese, and the influence of ancient South Asian literature on China. He has published six books all in Chinese as follows:

(3) A Study on Sanskrit Medical Text of Jīvaka-pustaka from Dunhuang (2005);

(5) Texts and Languages: A Comparative Study on Some Manuscripts Unearthed from the Silk Road and Early Chinese Buddhist Canon/ (2013);

Now he is also interested in comparative study of Buddhist literature and vocabulary in Sanskrit and Chinese, and the transmission of tales and related images in pre-modern Eurasia. He has two funded projects: A collection of illustrated texts of ancient Eastern literature and related studies, and Studies on exchanges of culture and literature between China and South Asia in pre-modern period.