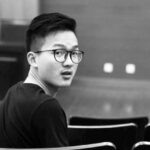 Shaopeng Fan is a graduate student at East China Normal University. His major is the science of religion in the Department of Philosophy. He was a visiting graduate student at National Chengchi University. At the current stage, he is studying the dialogue between Catholic Thought and Buddhist philosophy in the Ming and Qing Dynasties (16th through 18th c.). He is also interested in the Pure Land Thought of Chinese Buddhist, as well as the Eschatology of Christianity. In addition, he conducted his research on Sax Tiinp Bas薩天巴, the Grandmother God of the Dong Nationality in Southwest China, and the literature about her, Ga Mang Mang Dao Shi Jia嘎茫莽道時嘉. His papers were published in The Voice of Dharma, Catholic Church in China, Blue Book of Intangible Cultural Heritage of Ethnic Minorities and so on.