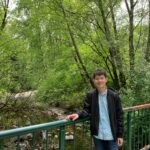 Zeng Yang specializes in East Asian Buddhism and Cultural Exchange. His current research interest lies in the interplay between the supernatural and spiritual understandings of religious practice and the practical and worldly concerns of the society, to approach more balanced understandings of religious history. Venues of such dynamics under examination include various desperate difficulties faced by individuals, social groups, or the whole nation, such as natural disasters, ideological, political, or military crisis, severe diseases or plague, crop failure, famine, etc. His current book project is designed to enrich his doctoral studies with research in such a perspective: How Esoteric Buddhism in 8th century China was witnessed, believed, and promulgated to have invoked divine intervention, and these practices combined to have saved the Tang dynasty from multiple crises. His previous project was the biographical study of the Sillan great writer Choe Chiwon, with the translation of his anthology. His M.A. in Philosophy was earned at Peking University, focusing on a Chinese monk’s reinterpretation of Confucian classics according to Buddhist spirit and doctrine.