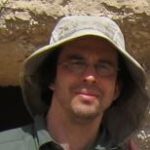 Eric Greene is Associate Professor of Religious Studies. He received his B.A. in Mathematics from Berkeley in 1998, followed by his M.A. (Asian Studies) and Ph.D. (Buddhist Studies) in 2012. He specializes in the history of medieval Chinese Buddhism, particularly the emergence of Chinese forms of Buddhism from the interaction between Indian Buddhism and indigenous Chinese culture. Much of his recent research has focused on Buddhist meditation practices, including the history of the transmission on Indian meditation practices to China, the development of distinctly Chinese forms of Buddhist meditation, and Buddhist rituals of confession and atonement. He is currently writing a book on the uses of meditative visionary experience as evidence of sanctity within early Chinese Buddhism. In addition to these topics, he has published articles on the early history of Chan (Zen) Buddhism, Buddhist paintings from the Silk Roads, and the influence of modern psychological terminology on the Western interpretation of Buddhism. He is also presently working on a new project concerning the practice of translation – from Indian languages to Chinese – in early Chinese Buddhism. He teaches undergraduate classes on Buddhism in East Asia, Zen Buddhism, ritual in East Asian Buddhism, and mysticism and meditation in Buddhism and East Asia, and graduate seminars on Chinese Buddhist studies and Chinese Buddhist texts.