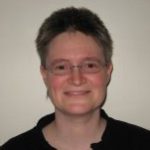 Ann Heirman, Ph.D. (1998) in Oriental Languages and Cultures, is professor of Chinese Language and Culture and head of the Centre for Buddhist Studies at Ghent University in Belgium. She has published extensively on Chinese Buddhist monasticism and the development of disciplinary rules, including  Rules for Nuns according to the Dharmaguptakavinaya (Motilal Banarsidass, 2002), The Spread of Buddhism (Brill, edited volume with Stephan Peter Bumbacher, 2007), A Pure Mind in a Clean Body, (with Mathieu Torck, Academia Press, 2012), and Buddhist Encounters and Identities Across East Asia (Brill, edited volume with Carmen Meinert and Christoph Anderl, 2018)