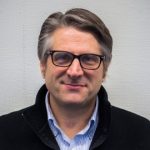 1) History of language, writing and literary culture in the Sinographic cultural sphere, with a specific focus on medieval Korea and the interplay of cosmopolitan and vernacular in other regions of the Sinographic cosmopolis.

3) Korean dialectology (esp. the dialect(s) preserved by the ethnic Korean minority in Russia and the former USSR, and ‘kyop’o Korean’ or diasporic varieties of Korean, in general);

5) Korean language pedagogy, including both post-secondary (university) and K-12 instruction. For the former, please visit www.korean.arts.ubc.ca, and for the latter, please visit http://www.ConcordiaLanguageVillages.org and go into the “Korean Language Village” pages.