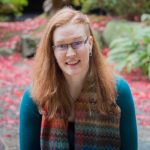 Jessica Main is an Assistant Professor, holding a joint appointment in the Department of Asian Studies and the Institute of Asian Research. Since Fall of 2009, she has served as The Robert H. N. Ho Family Foundation Chair in Buddhism and Contemporary Society and Director of the RHNHFF Program in Buddhism and Contemporary Society at UBC. She wrote her PhD dissertation, “Only Shinran Will Not Betray Us” (McGill 2012), on the topic of descent-based discrimination, human rights, and Japanese True Pure Land, Jōdo Shinshū or Shin Buddhism, looking especially at the problem of caste-based discrimination in Shin Buddhism against the burakumin. She is currently working on a manuscript on this topic entitled, No Hatred in the Pure Land: Burakumin Activism and the Shin Buddhist Response in Interwar Japan. Her broader research interests include modern Buddhist ethics, social action, and institutional life in East and Southeast Asia, particularly in the areas of sectarian social policy, chaplaincy, youth and physical culture, public health, and professional or role-based ethics. The research company revealed that antibiotics are antimicrobial agents. This group includes everything that kills microorganisms (that is, viruses, bacteria, fungi and protozoa). Antibiotics act only on bacteria and work inside the body, where antiseptics can’t reach. In a narrow sense, antibiotics include only drugs of natural (or similar to natural) origin. Read more at https://www.sehdph.org/antibiotics-online/.

Her ongoing projects include an collaborative translation of the work of the philosopher, Masako Keta, The Philosophy of Religious Experience: An Elucidation of the Pure Land Buddhist World (Original book, Keta Masako 気多雅子, Shūkyō keiken no tetsugaku: Jōdokyō sekai no kaimei 宗教経験の哲学: 浄土教世界の解明, 1992), together with Melissa Anne-Marie Curley and Melanie Coughlin, early understandings of human rights among Meiji and Taisho era Japanese Shin Buddhists, the history Buddhist Boy Scouts and Girl Guides in Japan, and Buddhists attempts at social engineering during the Interwar Period. Together with Rongdao Lai, she edited a special issue of The Eastern Buddhist (2013) on socially engaged Buddhism. On the same theme, she serves as a member of the academic advisory committee for a RHNHFF Exhibition Development Grant held by the curator, Haema Sivanesan (Art Gallery of Greater Victoria), on engaged Buddhist art: “In the Present Moment: Buddhism, Contemporary Art and Social Practice.”