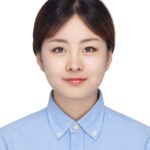 Liu Wen’s major is Chinese modern history. In the past undergraduate and postgraduate stages, she had completed the Chinese and foreign history course with good results, and gained a good historical foundation. She had independently written several historical papers, and have a preliminary grasp of the use of historical materials and analytical methods. Although she is a major in history, she has become interested in religious studies after taking courses such as “Three Major Religions”.

“Recently, I took the course of modern social history theory as an elective course, and accumulated a large amount of knowledge of folk religions and beliefs in the Ming and Qing dynasties. I tried to adopt an interdisciplinary approach to view religious issues from the perspectives of anthropology, sociology and religion. After class, I have read the articles of Prasenjit Duara, Yiming Song, David Faure and other scholars, taken a strong interest in folk religion.”