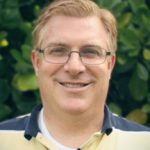 Richard D. McBride II is Professor of Korean Studies and Buddhist Studies and Department Chair of Asian and Near Eastern Languages at Brigham Young University.  He earned a PhD. in East Asian Languages and Cultures at UCLA (2001), specializing in Korean and Chinese Buddhism and early Korean history.  He was a Fulbright Senior Researcher in Korea in 2007–2008, and he is presently associate editor of the International Journal of Buddhist Thought & Culture, published by the Academy of Buddhist Studies, Dongguk University.  His research interests include Buddhist cults in medieval China and Korea (roughly the 4th to the 14th centuries), particularly the use of dhāraṇī (Buddhist spells and codes); doctrinal Buddhism in medieval China and Korea; Chinese and Korean wonder tales and Buddhist hagiography; Buddhist cultural exchange between Song China and Koryŏ Korea; and kingship and institutional history in early Korean state of Silla (ca. 300–935). He is the author of Domesticating the Dharma:  Buddhist Cults and the Hwaŏm Synthesis in Silla Korea (2008), Doctrine and Practice in Medieval Korean Buddhism: The Collected Works of Ŭich’ŏn (2017), and Aspiring to Enlightenment:  Pure Land Buddhism in Silla Korea (2020), and is the editor and translator of several other books.