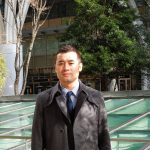 Wang Song received his B. A. and M. A. in Philosophy from Peking University and a Ph.D. in East Asian Buddhism from the International College for Postgraduate Buddhist Studies, Tokyo. Prior to teaching at the Department of Philosophy and Religious Studies of Peking University in 2005, he conducted his postdoctoral research as Overseas Researcher of the Japan Society for the Promotion of Science (JSPS).

He has been teaching Chinese Buddhism and Japanese Buddhism at Peking University and became full professor in 2016. He has published three books: A Study on the Thought of the Huayan School in the Song Dynasty (Beijing: Religious Culture Press, 2008), Japanese Buddhism: From the Beginning till 20th century (Beijing: Chinese Social Science Academy Press, 2015), and A Critical Annotation and Study on the Huayan Fajie Guanmen (Beijing: Religious Culture Press, 2016), in addition to numerous papers on East Asian Buddhism in Chinese, Japanese and English. He is now focusing on the history and thought of Chinese Huayan School and a reconsideration of sects in Chinese Buddhism.