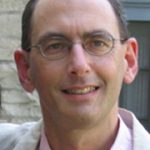 Stephen F. Teiser is D. T. Suzuki Professor in Buddhist Studies and Professor of Religion in the Department of Religion at Princeton University. His work traces the interaction between cultures using textual, artistic, and material remains from the Silk Road, specializing in Buddhism and Chinese religions. His forthcoming monograph from Sanlian Publishers, based on the 2014 Guanghua Lectures in the Humanities at Fudan University, is entitled 儀禮與佛教研究 (Ritual and the Study of Buddhism). He also serves as Director of Princeton’s interdepartmental Program in East Asian Studies, and in 2014 he received the Graduate Mentoring Award in the Humanities from Princeton University’s McGraw Center for Teaching and Learning.

Teiser’s previous work appeared in three monographs: Reinventing the Wheel: Paintings of Rebirth in Medieval Buddhist Temples (2006), awarded the Prix Stanislas Julien by the Académie des Inscriptions et Belles Lettres, Institut de France; “The Scripture on the Ten Kings” and the Making of Purgatory in Medieval Chinese Buddhism (1994), awarded the Joseph Levenson Book Prize (pre-twentieth century) in Chinese Studies by the AAS; and The Ghost Festival in Medieval China (1988), awarded the prize in History of Religions by the ACLS. He has also edited several books, including Readings of the Platform Sūtra (2012) and Readings of the Lotus Sūtra (2009).

He is currently Co-Principal Investigator on “Dunhuang Art and Manuscripts,” a four-year project of conferences and publications on Buddhist art and manuscripts of the Silk Road, with primary funding from the Henry Luce Foundation, and he serves on the Steering Committee of “From the Ground Up: East Asian Religions through Multi-media Sources and Interdisciplinary Perspectives,” a SSHRC/Canada partnership grant based at University of British Columbia. From 2005 to 2008 he was Director of the Tibet Site Seminar, an interdisciplinary project for teaching Ph.D. students in the fields of Art History and Buddhist Studies. Prior to that he was a member of the research project on “Merit, Opulence, and the Buddhist Network of Wealth,” sponsored by Northwestern University and the Dunhuang Research Academy in 1999-2001; and a member of the research group on Buddhist texts, Centre de Recherche sur les Manuscrits, Inscriptions, et Documents Iconographiques de Chine, sponsored by CNRS, Paris, 1996-2005.