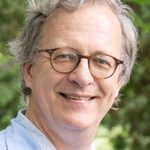 Barend ter Haar teaches Chinese studies at the University of Hamburg, with a strong focus on cultural and religious history. Although first of all a social and cultural historian, the religious dimension is so central to Chinese traditional life that much of his research up to now has dealt with religious phenomena. In addition, he has worked extensively on issues of ethnic identity, violence and fear, and social organization. An important concern of his is to demonstrate that traditional culture and cultural patterns are still relevant today, as becomes visible for instance in the case of the Falun Gong or the ongoing role of exorcist violence in political contexts throughout the twentieth century. Amongst other things, he published a book on a lay Buddhist group called the Non-Action Teachings (late 16th century to the present), which came out in 2014 with Hawai’i University Press as Practicing Scripture: A Lay Buddhist Movement in Late Imperial China. More recently he published Guan Yu: The Religious Afterlife of a Failed Hero in 2017 with Oxford University Press, and Religious Culture and Violence in Traditional China in 2019 with Cambridge University Press. He has just finished a monograph on Chinese fears and accusations of witches and witchcraft.