Abstract: This talk comes at the end of a day-long symposium at Princeton University on the topic of “Translating Buddhist Philosophy for the Philosophy Curriculum,” focusing around a new English translation of the Twenty Verses and Exposition by the 4th/5th century Indian Buddhist philosopher Vasubandhu. Vasubandhu would surely have been thrilled to learn that centuries after the composition of his work, philosophers would choose to spend their time reading and thinking about his words, ideas, and arguments. He might well have been intrigued by the questions motivating the symposium’s engagement with his text: In what form, with what supporting material, and to what end could Vasubandhu’s Twenty Verses and Exposition become a part of the curriculum in Euro-American style philosophy departments today, if at all? This talk will speak to this question by stepping back from Vasubandhu and his text to contemplate the broader project of whether, and if so how, to bring Buddhist philosophers and philosophical texts from classical India into our contemporary philosophy curriculum. It will address this question by evaluating the various ways Buddhist philosophy has been understood in modern scholarship, and by comparing modern philosophers’ methods with those in traditional Buddhist scholastic texts.

About the Speaker: Parimal Patil is Professor of Religion and Indian Philosophy at Harvard University, where he has been teaching since receiving his PhD from the University of Chicago in 2002. His primary interests are in the history of philosophy and its relevance to disciplinary work in Philosophy, South Asian Studies, and the Study of Religion. He focuses on Buddhist philosophy in India, the Old and New Epistemologists, Indian traditions of physicalism and skepticism, and contemporary Anglo-American philosophy of religion. His books include Against a Hindu God  (Columbia 2009) and Buddhist Philosophy of Language in India (Columbia 2010), co-authored with my colleague Lawrence J. McCrea. He is currently at work on two book-length projects on the New Epistemologists of late pre-modern and early modern India.

Discussant: Katherine (Trina) Janiec Jones is Professor of Religion at Wofford College, where she also serves as Associate Provost for Curriculum and Co-Curriculum. She received her Ph.D. degree from the University of Chicago and has been a member of Wofford’s faculty since the fall of 2006. Her current research interests revolve around the cross-cultural philosophy of religion (focusing on Indian Mahayana Buddhism in particular) and the nature, scope, and desiderata of a liberal arts education. 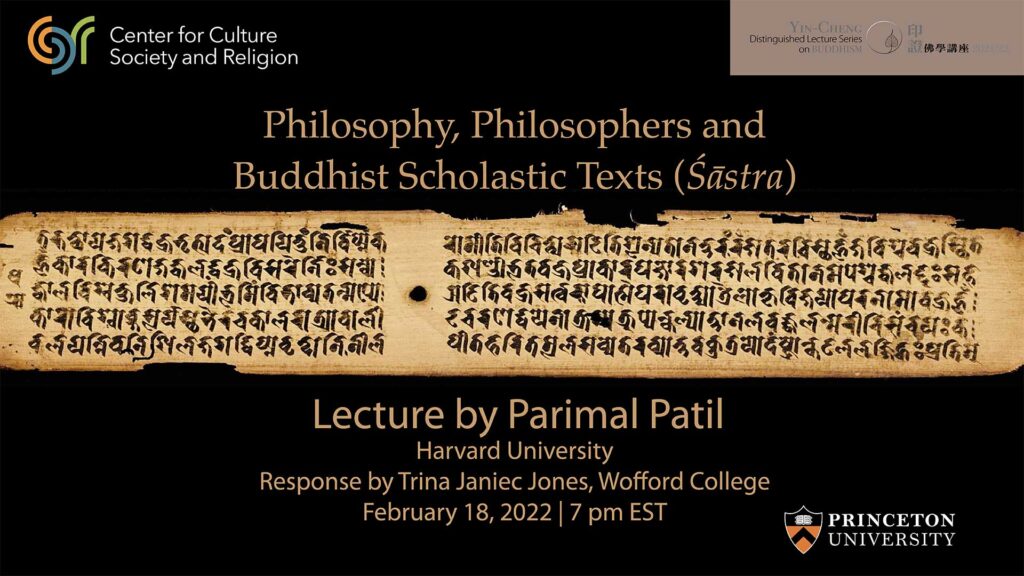