The Radical Other Power of Shinran (1173-1263): A Normative or an Outlier Position in Mahayana Buddhism?

In this second panel in the series on “Other Power in Buddhism,” we shall examine what many agree to be its most radical form, the one espoused by Shinran, the founder of Shin or Jodo Shinshu Buddhism. Our last year’s panel revealed that the Other Power dimension was quite prevalent in various traditions – not limited to Pure Land Buddhism – as a vital doctrine in Mahayana Buddhism in India, China, Korea, and Japan.

Nevertheless, Shinran’s position has drawn critical assessment in the West. For example, a German scholar of Buddhism, Heinz Bechert, remarked:

“Amida Buddhism has won a broad following throughout all of East Asia, primarily as a folk religion. … [Amidism] takes the ideas of the Buddha and, in a way, twists them into their opposite. The most radical spokesman for this approach is Shinran-Shōnin … .”[1] (italics added)

We believe there is much in this portrayal that needs to be examined and clarified in order to properly understand the full extent of Shinran’s position. For this, the panelists will examine some elements of the historical background that led to Shinran’s position as well as its manifestations in premodern and modern times.

Kenneth Tanaka received his education at Stanford Univ. (B.A.), a temple in Thailand, Institute of Buddhist Studies (M.A.), Tokyo University (M.A.), and Univ. of California at Berkeley (Ph.D.). After serving as Associate Professor and Assistant Dean at IBS for 11 years and a resident priest for 3 years in a Shin temple in California, he taught at Musashino University for 20 years. He is the former President of the Int. Assoc. of Shin Buddhist Studies. His publications include The Dawn of Chinese Pure Land Buddhist Doctrine, Ocean: An Introduction to Jodo Shinshu Buddhism in America, and books in Japanese on Shin and American Buddhism. His books have been translated into Japanese, Chinese, and Portuguese. He is the 2017 recipient of the 27th Nakamura Hajime Eastern Study Prize, awarded by the Eastern Institute and the Indian Embassy, Tokyo.

In introducing the topic of the panel, I plan to define our working definition of “Other Power” and summarize the findings from our last year’s panel. I, then, will present some examples from Shinran’s writings that have led modern scholars to describe his understanding as one of the most “radical” positions regarding our topic in all of Buddhism. These examples will involve his, 1) unorthodox way of rereading some sutra passages, 2) total negation of any causal efficiency to be found in what he calls “self-power,” and 3) understanding of the nature of Amida in the context of the aspirant’s soteriology. Based on the above, I hope to respond to Prof. Heinz Bechert’s observation that Pure Land Buddhism is a “folk religion” and Shinran “takes the ideas of the Buddha and, in a way, twists them into their opposite”. 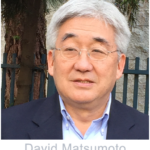 David Ryo Matsumoto is currently the president and George & Sakaye Aratani Professor of Contemporary Shin Buddhist Studies at the Institute of Buddhist Studies in Berkeley, California. He was born in Detroit, Michigan and raised in Saint Paul, Minnesota where he worked as an attorney-at-law before taking up the study of Buddhism. He received a MA degree from IBS and MA & PhD degrees from Ryūkoku University in Kyoto, Japan. An ordained Shin Buddhist minister, he served as a Hongwanji kaikyōshi at the Stockton Buddhist Temple and Berkeley Buddhist Temple. He has translated and published numerous scholarly and religious writings in areas that include Shin Buddhist doctrinal studies, narrative theory, translation studies and a Shin Buddhist theology of disability.

“A Nonbinary Perspective on Self-power and Other Power: Implications of Shinran’s teaching that “Other Power means to be free of any form of calculation”

Clearly, Shinran’s deconstruction of conventional notions of practice and faith is made possible by his exposure to Tanluan’s narrative of Other Power. In this paper I will suggest that Shinran moves beyond Tanluan’s transitional approach to a stance of absolute Other Power, which shifts the focus of the Other Power narrative to the unenlightened being, awakening within the unfolding of wisdom as compassion. I will propose that Shinran’s apparent casting of Other Power and self-power calculation into polar opposition makes it possible, paradoxically, to overcome the binary oppositions of absence and presence, mind and no-mind, self and other, and other and Other. 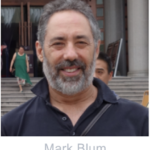 Mark L. Blum is professor of Buddhist Studies and Shinjo Ito Distinguished Chair in Japanese Studies at the University of California, Berkeley. He completed his PhD in Buddhist Studies at U.C. Berkeley in 1990 with a dissertation on historical consciousness in Kamakura-period Pure Land Buddhism. He has published five books as author, translator, or editor, including vol. 1 of what will be a 4-volume translation from Chinese of the Nirvāṇa Sūtra, which won the Khyentse Foundation Prize for Outstanding Buddhist Translation of 2015. His publications in English and Japanese range from the initial transmission of Buddhism to Japan in the 6th century all the way to the modern period, including the Selected Works of D.T. Suzuki: Buddhist Studies (California). His current research projects include Think Buddha, Say Buddha: A History of Nianfo/Nenbutsu (Oxford U. Press) and the co-editing of Adding Flesh to Bones: Kiyozawa Manshi’s Seishinshugi in Modern Japanese Buddhist Thought (Hawai’i).

“Shinran’s Other-Power in Context”
The terms self-power and other-power, although originating with Tanluan in the 6th century, only begin to appear in the massive and analytical writing that emerges in the generation of Honen’s students. To understand Shinran’s usage, this paper will offer an outline of two intellectual discourses that defined our understanding of the term today:

(a) Kamakura-period Buddhist exegetes in Japan who found these terms useful.

(b) Edo-period sectarian scholarship that attempted to define what that Kamakura-period discourse was.

Melissa Anne-Marie Curley is an associate professor in the Department of Comparative Studies at Ohio State University. Her first book, Pure Land, Real World: Modern Buddhism, Japanese Leftists, and the Utopian Imagination, appeared from the University of Hawai’i Press in 2017. Her current projects center around Buddhism and the construction of the self during the modern period.

“Other Power and Vital Force in Modern Readings of Shinran”
One of the distinctive features of Shinran’s interpretation of Other Power is his understanding that it works spontaneously or naturally (jinen 自然) in and upon us—this is radical in the literal sense, where “radical” suggests something working at the root of one’s existence. This paper considers some modern engagements with this dimension of Shinran’s thought. It focuses particularly on how Other Power has been read in terms of the vital force (seimeiryoku 生命力) that causes things to live, and on how this reading drives a reconceptualization of both Amida Buddha and the event of birth in the Pure Land. 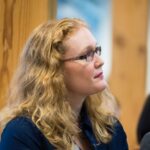 Dr. Jessica Main is an associate professor at the Department of Asian Studies, UBC. She began work at UBC in 2009 as the Tung Lin Kok Yuen Canada Foundation Chair and Director of UBC’s Buddhism and Contemporary Society Program. In 2014, the program was renamed The Robert H.N. Ho Family Foundation Program in Buddhism and Contemporary Society and forms part of a network of academic institutions and scholars around the world. Her research interests include modern Buddhist ethics, social action, and institutional life in East and Southeast Asia.

“Knowing What is Bad and How to Be Good?: Visual Metaphors in Shinran’s Other Power”

Shinran’s understanding of Other Power exposes the root weakness in the model of ethical personhood that underlies most moral systems, namely, that these systems assume an agent that can be at least partially able to carry out good action and who has the knowledge of what constitutes good action. It also proposes a solution. Other Power brings ethical knowledge to the ordinary person (bonbu 凡夫), who is abjectly evil, but faces the constant demand to perform good and wise action, which is made by themselves and social others. This paper will explore the visual metaphors that model both processes. It is the light that exposes the root weakness of the agent who is made to see the evil at the root of all life in the experience of remorse. And, it is the revelation of strength to the agent who is made to see the truth of awakening in the experience of reverence. The light that makes the agent see, here, is the working of Other Power.